Posted by Shahrill Ramli on October 20, 2009
Posted in: News Of The World. 9 Comments

The polarization of  “Malay-ness” varies these days; which is a far cry from the days of Hang Tuah and The Malay Sultanate. There is a segregation between the so-called ‘urban’ Malays and the typical-and-ordinary-rural Malays. Within the Malaysian society these days, an urban Malay is defined as the one who is very much embracing the Western culture, practicing clubbing-and-drinking-liquors as their staple diets, free-sex fornication amongst partners, able to converse and write in English very well, resides in town area and their lives are much absorbed with the Westernized assimilated traits. Whereas the rural Malays or the ‘typical’  are defined as the ones who are still rooted with the traditional lives, much-bounded with the authenticity of Malay cultures, deeply practicing pious and Islamic teachings, and are perceived with narrow-skeptical minds.

As a Malay who is born to a middle-class family; from a father who used to work as the Lans-Constable policeman and a mother who was a nurse, we don’t speak English. That’s why it always remain a mysterious thing amongst the people in my former neighborhood that on how a man who hardly knows how to speak English could nurture 2 children who are considerably loquacious in the language. Well, honestly I was kinda in bewilderment myself to recall back on how I could master the language; if not superior but better than some ‘modern’ Malays. Life has exposes me to a certain degree of precious experiences. In my life, I have been mingling with all kind of people from different walks of life; especially for my race, the Malays. I’ve met urban Malays who practically fornicate with everyone he/she met along the way; I’ve met rural Malays who questioned on how I could get along with multiracial friends; I’ve met urban Malays who looked down at ‘typical’ people who don’t speak English; I’ve met rural Malays who try to boast their ass-off by using certain simple English words to impress-people-but-in-reality-don’t-know-how-to-speak-English. It always puzzle me to discover new traits between this segregation.

Personally, I consider myself as the confluence between urban and rural. I certainly couldn’t be a rural since I was born and bred in town and all my life, I’ve been quite ‘pampered’ by the modern facilities BUT I am also certainly couldn’t be an urban because my upbringing is deeply rooted to the traditional culture; and I don’t drink and I don’t go clubbing! I can say my proficiency in English helps me a lot to meet interesting people. In a way, I am blessed to Allah SWT for having this ability because there was NO WAY my sister and I could ever master English if given the circumstances of our typical Malay surrounding and atmospheres! I’ve met global entrepreneurs, diplomatic officers, national-level athletic coaches, bimbos-with-brains; all thanks to my English. But looking back from the authentic root of my typical Malay childhood; would I ever want to trade it and aspire it to be the other way round? To lose the carefree days of climbing the tallest trees in the FRU Police Barrack at Padang Tembak, Penang? To lose the days of going to the Religious Class of Mak Cik Nen and did a convoy of bicycles with friends around FRU? To lose the days of collecting the “bekas-bekas peluru” from the Shooting Area (Lapangan Menembak)? NO WAY! I am just proud that I have the experience of all these ‘typicalities’ and of course unlike some of my acquaintances who had their first educations in UK or USA (because the parents were furthering studies, etc) or anything like that.

From corporate civilian to simple non-exclusive civilian. I miss my ex-colleagues in the Bank and those days mingling with them great people (I miss them!); but I belong in the ‘ordinary’ world. Teacher.

I am a domestic Malay. Although I do have my wildest-impulsive characters. I think I can suit myself with urban Malays and rural Malays; but I am inclined towards ‘rural-ness’. And I loathe hearing some ‘urban’ Malays condemning their rural counterparts; and vice-versa. I had the experience of ‘getting to know’ someone who was a professional corporate person; who happened to look down at my soon-to-be profession as a mere teacher. Well, no harm’s done. I am always better. I CHOSE not to be in that world. The world filled with egoism and free-fuck? Oopsie, I bailed myself out. 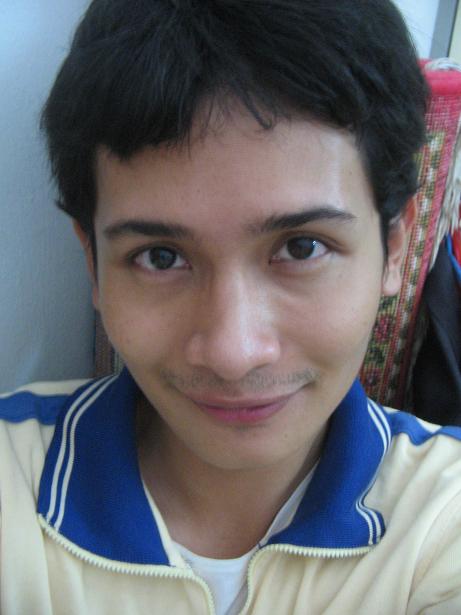 Alhamdulillah. To everything that is happening in my life now. I am truly GRATEFUL.

9 comments on “A Malay Dilemma : Confluence of Rural & Urban.”