Yes, I am a pure Penangite. Originally born and bred in the Island of Pearl Of The Orient. Had my kindergarten, primary, secondary and tertiary educations there with a lot of nostalgic and distinctive chapters in my own canvas of life. BUT, my mother is an original Kedahan; with ancestral lineage from Southern Thailand who then dwelt in Jitra. We moved to Kedah during my 1st year in USM and then I completed my 1 year KPLI in Jitra, itself after quitted The Bank. So, the Kedah heritage runs in my blood and I regard myself as one of a Kedahan too. 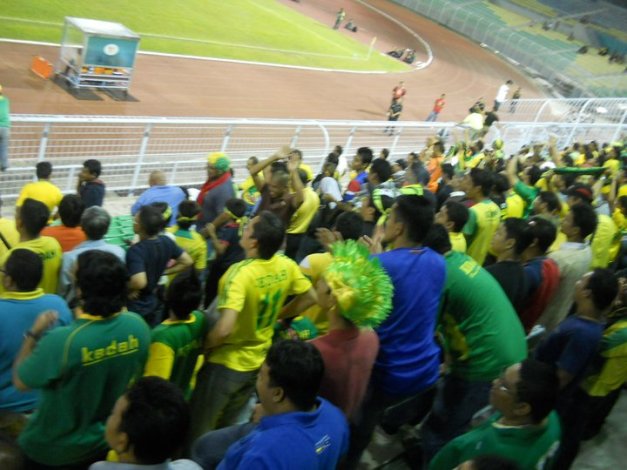 My brother-in-law, Abg Zam was a Kedahan-ancestral too. But his family moved to Pahang when he was still a boy; nonetheless, the Kedahan spirit still lies strongly. He is an avid supporter of Kedah football team; hence, always find opportunity to catch football match involving Kedah in this Central Region. A match between Kedah and Kuala Lumpur for the Super League is something not to be missed; so we went to Cheras Stadium along with my 4 years old nephew, Rifqi! 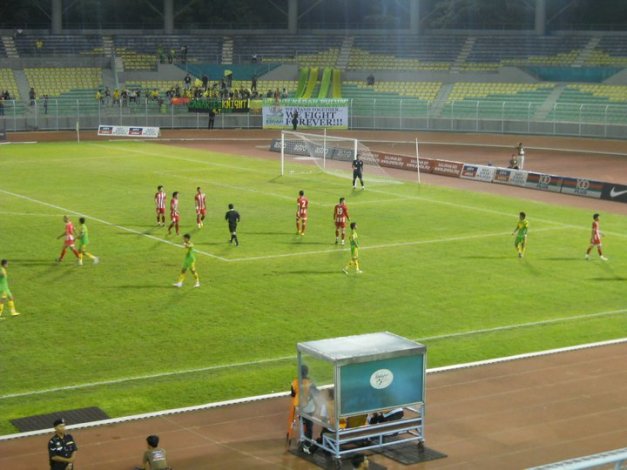 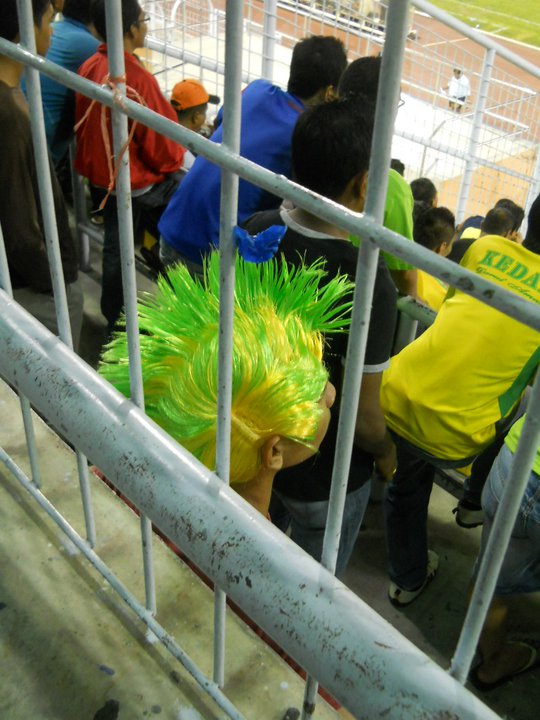 As expected, there were a lot of Kedahan thronging in the stadium; leaving Kuala Lumpur supporters mainly consisting of their Ultra Team (each state football team is said to have hardcore fanatic who labelled themselves as Ultra; they have the most flamboyant spirits; they chant and sing for their respective teams!) whereas Kedah was full with entourages of mothers, children, the men and of the course, the Canaries Knight Ultra!

I know I’ve grown some cherubic fat but this one, I was swallowing sausages. So, yeah, my cheek  looked big and roundish (,”)

On whole, Kedah team sadly played not to its fullest skill. The game was a bit frustrating with Kuala Lumpur Team kept pushing the Kedah goals over and over BUT luckily, prove to no avail! The Kedah supporters being Cliche Northern People were very angry with our performance that provocations and jeering were thrown to the Kedah players because of their bad performance (me, included!). I guess the provocations did justice to the players because at the eleventh hour (around 89 minutes); Kedah managed to score a goal! *Phew!* That was a close call for the Kedah Team. You never know what the hardcore fans would have done if they were to fail! (,”) 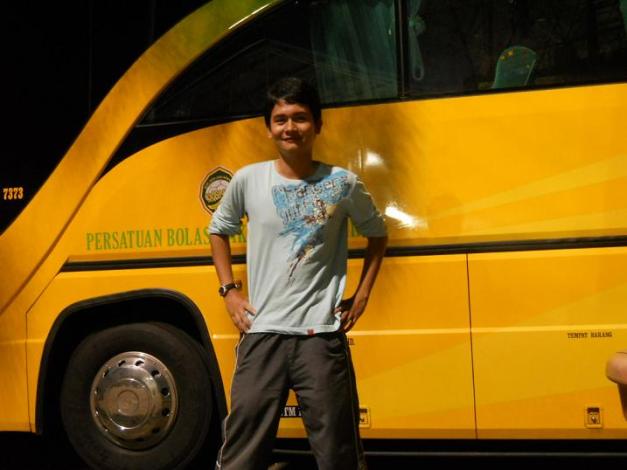 But honestly, I am just so proud with the spirit shown by the Kedahan. Not only we gave full support to the team, we are so proud with our heritage and our Northern culture. The Land of The Paddy Field Vista, y’all. “Pulun Kedah Pulun” (Go, Kedah Go!).