At this juncture, the blog garners 100,000 views after it’s official commencement since 27th May 2008 (prior to this, I used Friendster Blog since 2005)! I know the statistical number is SO MINISCULE in comparison to other celebrated and hit blogs; but it always puzzle me that people do come and visit my blog – perhaps from my Facebook acquaintances or friends; or maybe some tomcat peeps who browse through and steal some of my honestly-worded-from-my-mind-and-heart and copy them and put in their blogs and claim that those my words are theirs; or perhaps people who stumbled across the blog because it contains some facts or information they were looking for!

Andy Warhol-inspired cover album. At first I was like – WHAT? But yeah, I guess she follows international style.

Anyway looking back for the past 4 years, this blog recorded so many memories and adventures I have encountered. Getting and quitting jobs; losing fickle loves and getting authentic love; knowing new friends and losing merry-weather friends; exploring new worlds, etc. So far, I am grateful to ALLAH SWT for everything and I’ve been very fortunate so far in threading my life especially this recent 1 year. I have all I’ve ever dreamt of having and I couldn’t be so greedy to ask for more. ALLAH SWT has blessed me with graces in my personal and professional lives and all I can say; ALHAMDULILLAH! 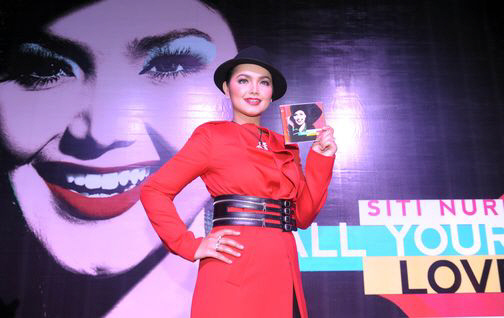 I used to be Siti Nurhaliza’s hardcore fan. It means that I used to be very defensive and when people criticize Siti, I got irritated and started defending her. Hahahha, eww and erkkk, right? Well, that was prior to her marriage. Now, I still like her but the degree is merely mediocre in “so-so” way. Nonetheless, her momentum to challenge and improve herself as well as retaliating subtly by proving to others that whatever they are badmouthing are wrong – are what really mesmerized me! Siti Nurhaliza always comes with something new to please her fans and always has plans to upgrade herself. Amazing! I like to emulate that in my life.

I guess by now, Malaysians now all know that Siti Nurhaliza already launched her debut English album entitled “All Your Love.” Well, I am not going to highlight and review each of the songs because I am sure you can find TONNES of reviews from her fanatic fans in their respective blogs; but what I wanna say is that her debut English album is VERY IMPRESSIVE! She really put her efforts in making this record – the album contains 10 catchy and superb songs (I can say it has international flavours); albeit all the songs were written by the same person; but the creativity varied in each of the songs and once you played the record; you will be agitated to listen to the whole album!

All the songs are radio-friendly but I can easily say that my favourites are “All Your Love” – a sensual yet smooth song; lyrically besotting. Siti Nurhaliza used the introduction of the song in her SimplySiti advertisement; “Stand Up” – a female empowerment ala Diane Warren-penned and a great motivational song for someone who has fallen down into the abyss and finding the way to bounce back; and “Remember Me” which features Sean Kingston! Yeah, I know! She rocks this song and I hope it can catapult her to the international scene; or at least Asia because the song is so good! 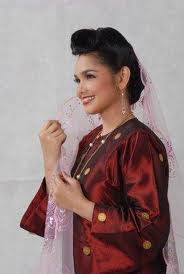 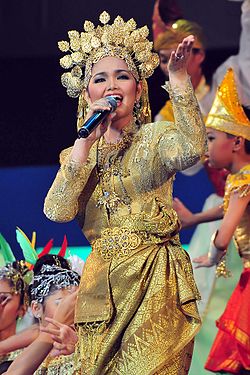 Sometimes, we just need to do things NOT to please others but to make ourselves satisfy with our achievement, don’t you think? I was so ever proud that with my OWN money, I was able to bring myself to set footsteps in Melbourne and witnessing all the enchanting world of Phillip Island & 12 Apostles! People will say it’s money-wasting; but for me, I need to do it for myself- so that my horizon will be broaden, and to be able to do that with your OWN MONEY, it’s an accomplishment I am so proud of! Alhamdulillah(,”)