Diabolically Quenching. Back To Black (Part III) : The Wrath Of Alcohol-Addiction @ Stephen King’s “The Shining.”

Posted by Shahrill Ramli on January 24, 2012
Posted in: Novels/Book. 6 Comments

Finally, I’ve managed to finish up another Stephen King’s novel “The Shining”! Well, actually I’ve read the novel 4-5 years ago but this time around, it took me approximately a month to finish up reading it as I’ve been putting it on halt and resume reading it again; on-off modes! Yes, the novel was read circa the 2011’s end-of-year holidays; and then to Beijing, China and finished during this 2012 Chinese New Year holidays. (,”) 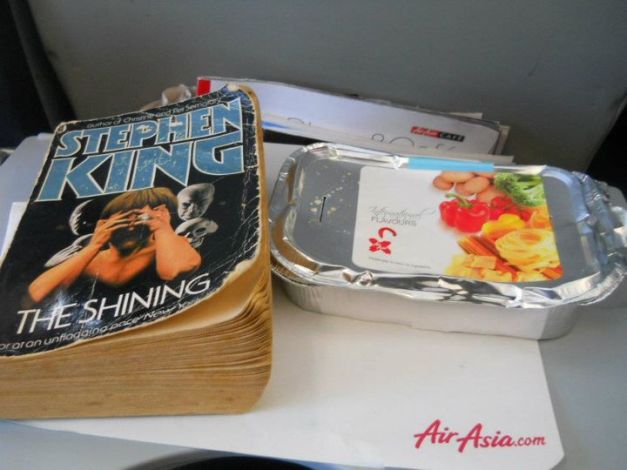 The book. From Malaysia to China; accompanying me (,”)

Basically, the novel chronicles about the Torrance family; Jack Torrance, his wife Wendy Torrance and also their son, Danny Torrance. Jack was fired from his job as a college teacher when he had lost temper in college; a student was messing up with his car as a vindictive retaliation for Jack who had sent the student out from school debate team. From an affluent family, the student’s family forced the college’s management to fire Jack, leaving him desperate for job to support the family. A friend offered a job as an off-season caretaker of a hotel on a mountainous area during winter – and the desperate Jack agreed. 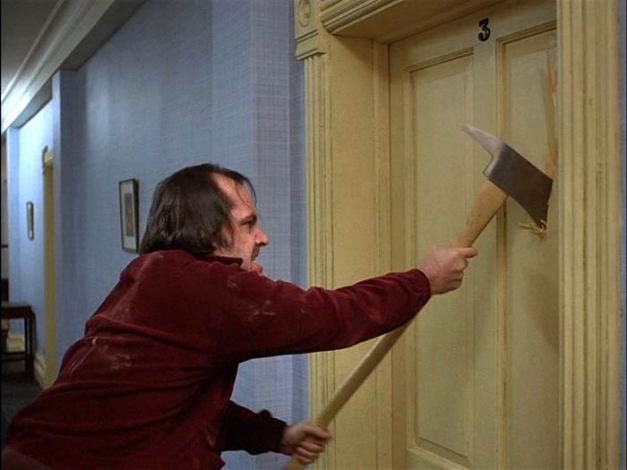 His boy, Danny apparently was a gifted soul. He was blessed with an ability to feel supernatural forces and semi-telekinesis. This term was coined as a “shine” by Stephen King. With that ability, the soporific lives of the Torrance family was soon to be a bloody topsy-turvy! “The Overlook”,  a hotel with well-kept secrets encompassing from murders, sly and conniving schemes with smithereens of haunting souls lingering around; it began to posses the mind of Jack Torrance by tempting him with alcohol as Jack was a sober alcoholic and conquered the mind to kill Wendy and Danny. The Bad Soul of the hotel wanted Danny’s ability to strengthen the power because Danny seemed to possess a great deal of “shining”.

Dick Hallorann, the chef of The Overlook himself was a ‘shine’ as well. He had asked Danny to holler him if there were any dangers; and while he was in Miami savouring the holiday, he smelt orange (a smell that signifies the occurrence of his ‘shining’ premonition) and received the telekinetic message from Danny in The Outlook, Colorado that his father has gone mad and trying to kill his mother and him. 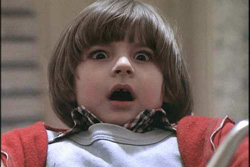 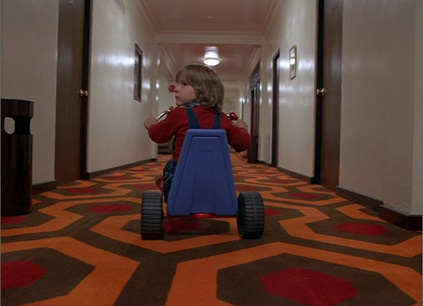 On whole, I love the idea of how Stephen King plotted the theme of the novel and used some supernatural and psychic approaches but the finale is somewhat a bit of a disappointment. Still, I am amazed with the way he tackled the issue of alcoholism and the dangers of it in time where he himself was dealing with that issue. The novel “The Shining” was dedicated to his youngest son, Joe Hill who is now also an author.

Dick Hallorann, The Overlook’s chef who also ‘shines’ had a talk with Danny Torrance.

The novel was concocted in 1977 and was made a film 3 years later starring Jack Nicholson & Shelly Duvall and was directed by the renowned-eccentric Stanley Kubrick. I’ve never seen the film version as yet; but from the excerpts in You-Tube, I can tell that Jack Nicholson did justice to the character Jack Torrance, isn’t he?  Well..yeah; although he fucked a lot of whores, sluts and easy women but one must admit he is one FINE actor! And Shelly Duvall injected the fragility of Wendy Torrance… I just can’t wait to watch the film!

The Overlook as depicted in the movie. It was actually Timberline Lodge in Oregon. 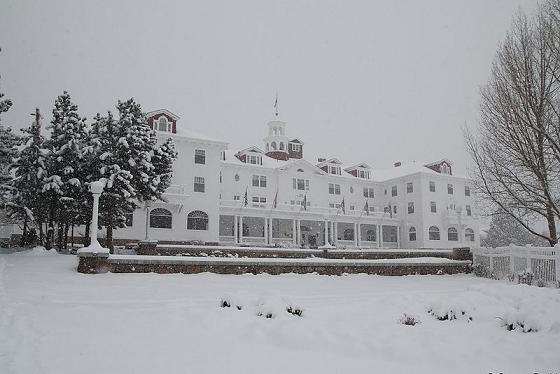 The Stanley Hotel in Colorado. The hotel of which is said to be Stephen King’s basis of The Overlook in “The Shining” with its ghost stories and party-sound amidst the midnight….

When I was in Badaling, China, we had to spend a night in this seemingly-deserted ski resort. It was winter and most of the resort spaces and rooms were unoccupied except for my entourage. The floors of rooms were dark and eerie, to certain extend. My balcony was facing the snowy slopes of ski-slides and hills and everything was misty and cold…. and I brought “The Shining” with me. So, deep down I was a bit enthralled by the eerie atmosphere. It sort of helped me to rejuvenate the mood while reading the novel. 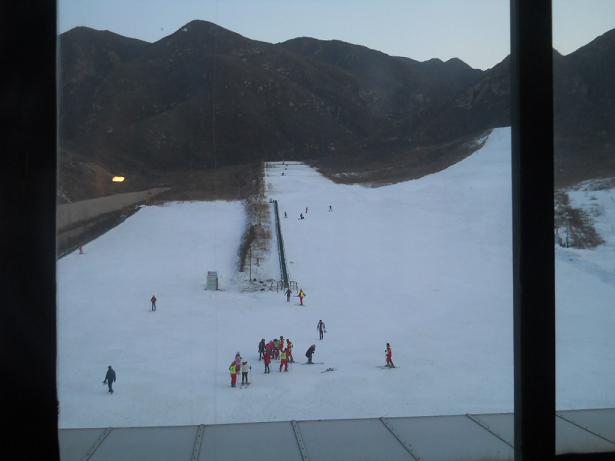 A scene from the room in Badaling Ski Resort. Suit for horror setting.

Well, I guess sometimes, each and everyone of us shines, no? We can feel something is about to happen.. a premonition of sort… don’t you agree? *wink*

An iconic scene from the film version of “The Shining.”