During KPLI year, I was forced to run the stadium 6 rounds every morning since my minor was also Physical Education; a secondary as opposed to the primary minor which was English; my major was Science. Initially it was a pain in the ass but as the year progressed, it was a breeze and the body felt lighter and healthier. So, during my first year of posting which was 2010. I tried to keep that momentum by joining my sporty friend, Kat in a few “fun” tournament/event like The Putrajaya Ekiden Run as well as the Hooha! 10!10!10! Run at Bukit Bintang. But then I became a sloth and led a soporific lifestyle.

The whole 2011 was a bit unhealthy and in 2012, I had a check on my body composition. Good news that I am now no more an underweight; my BMI is normal BUT my fats composition exceeds 3% than the percentage ought to be suitable for my stature! I freaked out, hence always frequent FRIM to do some brisk walking and small-hill-climbing. I am gradually persuading myself back to the healthy-and-active regime-lifestyle. So, yesterday while I was having my typical Malaysian breakfast “Roti Canai” & Teh Tarik, I was flipping the METRO newspaper and came across an advertisement about “NESTLE World Walking Day” at Putrajaya just opposite the Palace Of Justice, slated on 28th October, which is today. Instantaneously, I buzzed Kat and we agreed to join at once! 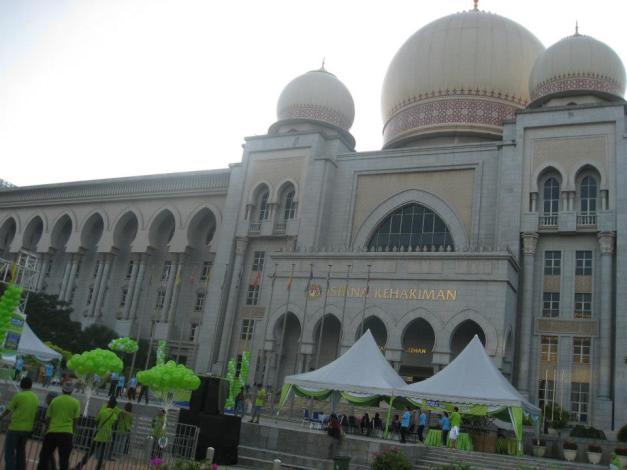 The schedule was supposed to commence around 6 a.m. but then we decided to go around 7.30 a.m. Met up there and when we were about to register, they said the coupons for Lucky Draw were already finished. Oh, well… don’t bother to register anyway. We were just there for the health! So of we joined the crowd. 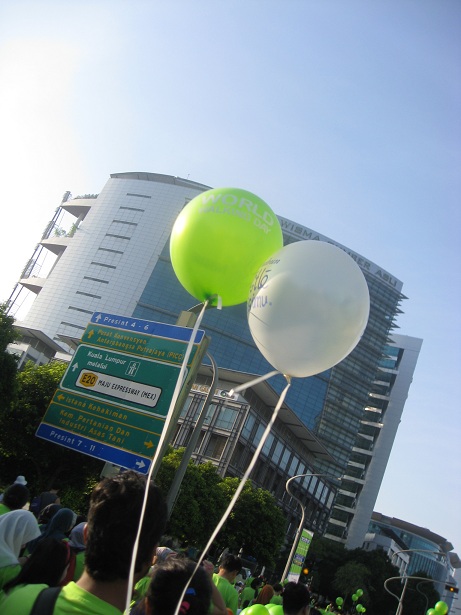 Along the throng of crowds walking along the en route, we bumped into another USM-mate, Diana Kamal and her friend! That was a delightful bump. So, we just tagged along the four of us; talking and yapping all the way. It was merely a casual and lay-back affair. And we can see so many parents bringing families and children. Relaxation is the key. 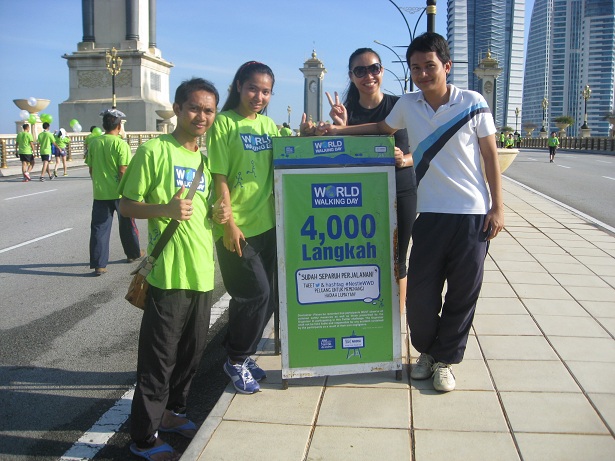 We’ve made it! LOL! As if it’s a walkathon tournament. LOL!

The treatment was MILO (OK, we queued for like TWICE for that delicious MILO. Always wonder why MILO served in events are tastier than those we made ourselves or in stalls/restaurants?) and some NESTUM. Although it was morning but the heat was unbearable! Felt like my face was burning and Kat told me I looked like a lobster. We were so hungry and yet we were not served with any food. So, Kat and I decided to have the typical breakfast (“Roti Canai” and “Teh Tarik”) at Presint Diplomatik Haji Tapah whilst Diana and her friend were no where to be seen, waiting patiently for her Lucky Draw numbers call-out. 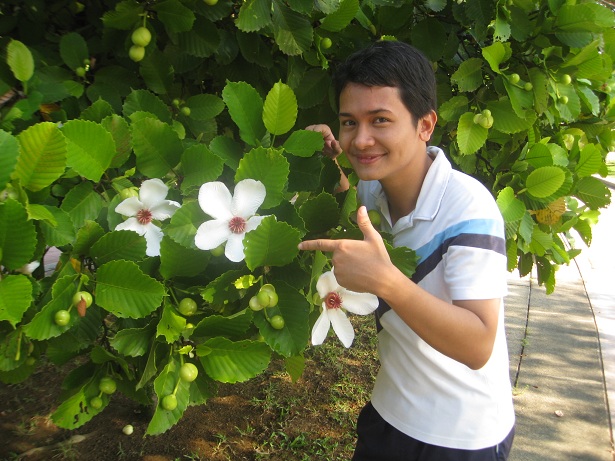 Peculiar looking but beautiful flower around Putrajaya. Does anybody knows the name? 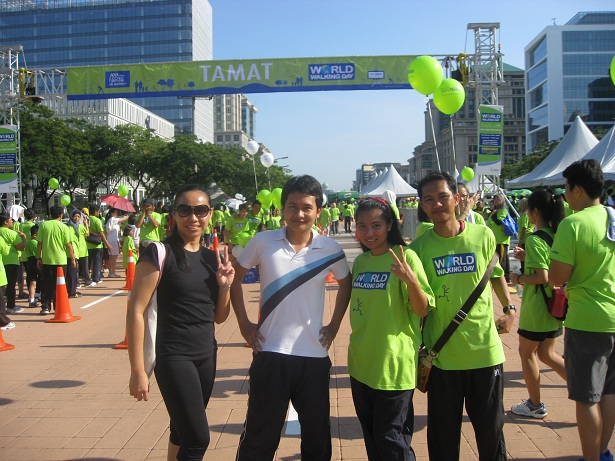 On whole, great one spur-of-the-moment idea! 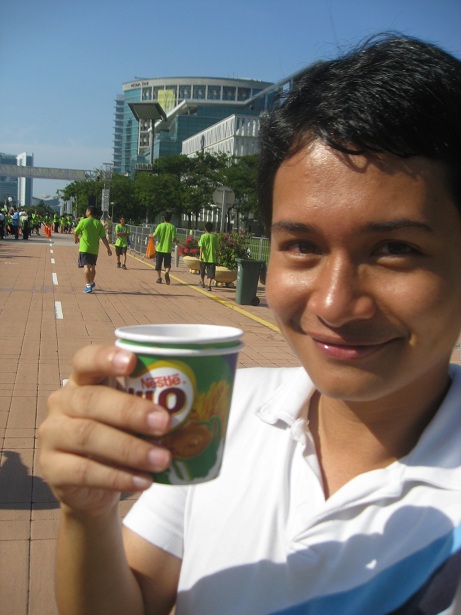