Posted by Shahrill Ramli on February 16, 2013
Posted in: News Of The World. 4 Comments

On a shocking news pertaining an astronomical revelation, a meteor had streaked across the sky of Russia’s Urals region and landed on area called Chelyabinsk, reportedly injuring approximately 1,000 casualties including 200 children! It happened on Friday morning, 15th February, 2013. The event was photographed by hundreds of Russians via “dash cameras” – camera that are used by every Russian drivers installed in their respective cars to help them solving problems about vehicles collisions or traffic incidents/accidents. 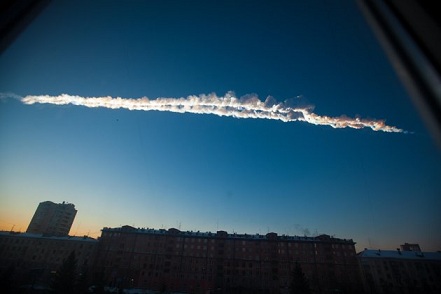 According to CNN, circa 3,000 buildings were damaged due to the meteor. Now, it is believed that the meteorite had entered the atmosphere and then it burned and broken into few smithereens. One of large potion was discovered in a lake in Chelyabinsk while the other believed to be scattered in the Kazakhstan. For astronomical scientists and geeks, it is said that this event is a historical repetition of 1908 Tunguska event, also in remote Siberia where an asteroid entered the atmosphere and exploded; leveling trees over an area of 820 square miles – about the 2/3 size of Rhode Island (source : http://edition.cnn.com/2013/02/15/world/europe/russia-meteor-shower/index.html. You can also review the 1908 event at Wikipedia at here : http://en.wikipedia.org/wiki/Tunguska_event. Hence, this Russian- Chelyabinsk meteor is the largest outer space object ever recorded since the 1908 Tunguska event! You can read more and detail about the event at Wikipedia : http://en.wikipedia.org/wiki/2013_Russian_meteor_event.

As it entered the atmosphere.

A subsequent event to the Russian-Chelyabinsk meteor had actually echoed to another near-closed phenomenon. An asteroid called 2012 DA14 is predicted to enter the Earth’s atmosphere (as so many thousands of unknown objects out there as Earth is an open space)  and is paving its way at 17,450 miles per hour. It is reported that this phenomenon of 2012 DA14-likely-object hits Earth once every 1,200 years. It is estimated that  the asteroid is 45 meters long, about half the length of a football field. But the scientists had guaranteed that it will not hit Earth and even if it does, no excessive life-threatening damage will occur; as per statement issued by Don Yeomans, Manager of the Near-Earth Object Program Office in press conference at NASA’s Jet Propulsion Lab :

“There are lots of asteroids that we’re watching that we haven’t yet ruled out an Earth impact, but all of them have an impact probability that is very, very low.” 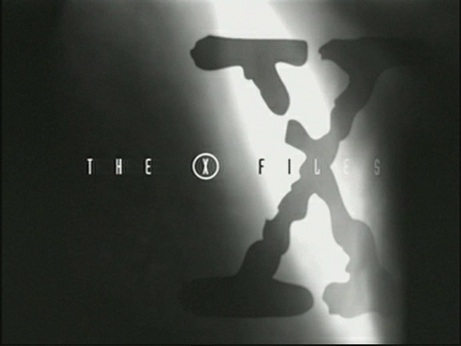 The whole astronomical thing sounds very X-Files to me, don’t you think? Who knows that behind all these scientific explanations lie a very eerie outer-space secret? Hahaha, I know it sounds so fiction but you can’t help when you were once an X-Files avid fan. Remembering how Mulder and Scully defied the conspiracies concocted by both American and Russian governments pertaining extra-terrestrial beings stranded on Earth; it’s just very eerie and yet excitingly enticing!

I remembered when both of them traveled far to Artic or Antartic (not sure) and found secret lab on aliens; and then the revelation of Mulder’s sister kidnapped by alien and Scully impregnated by alien, etc. Of course they all science fictions but the question remains; is there any extra-terrestrial beings out there? 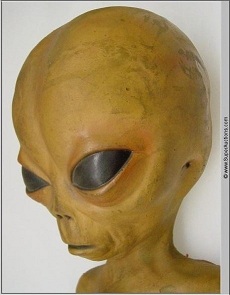 Do you want to believe? Ask your own prerogative intuition. (,”)