Sasha Fierce Is A Plain Mrs Carter? : Beyonce Giselle Knowles @ Autobiography “Life Is But A Dream”.

As a singer, Beyonce is one of my favourite artists. Her songs are both commercially-radio friendly chart toppers as well as inspiring. Many of her songs coincide with the events in my life; of which of course I won’t be detailing one by one – but the lyrics speak it all. Her songs thread my adventures and misadventures in love and life and that’s one of the reasons I like her; apart from her energetic persona on stage trying to give the best to the fans.

On the stage, she is the diva Sasha Fierce, an alter-ego of which she already killed after the album “I Am …Sasha Fierce”.

In the real life, she is just the plain, sensitive Mrs. Carter. (Jay-Z’s surname).

I have always say this and I am going to say it again – the song “Halo” always has a special niche in my heart. Why? Because “Halo” is a thankful and grateful song that channels my emotion in a musical rhythm. Grateful to the love of God SWT and loved one (s). Thank you for being in my life and shine my life with your halos. I pray it won’t fade away. 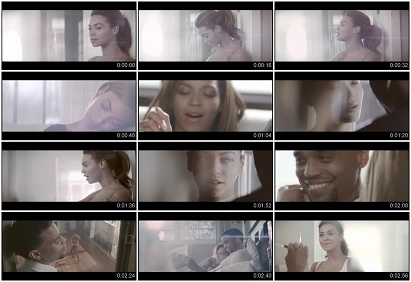 “Halo” will always be the greatest song ever etched in my heart. It is a realization of my thankfulness to ALLAH SWT and the angel (s) that shine my life now with their own halos. Thank you for weathering my tantrums, shenanigans and mood swings. Thank you for shining my life with you Halo.

And secondly, the song ” I Was Here” penned by Dianne Warren. It is simple and not that commercially successful but for me, it’s really inspiring. It is the song that I would describe as the anthem of my life as a human. It is a song that translates my purposes and my objectives in life and career, that is to make a difference in other people’s life especially in my pupils’ life albeit it is just a tiny weight of grain. I want to inspire others and make other people happy so when I am gone, I will be immortalized in their memories – I Was Here.

“I Was Here”, my anthem song as a human. The song inspires me and envisions my purpose in this world; to make a difference in people’s life especially my pupils even in the slightest weight. I aspire to touch their hearts with my presence, Insya ALLAH.

OK, enough with me. Let’s move to Beyonce. She burst into the American musical industry with Destiny’s Child; with her father Matthew Knowles as the manager and her mother Tina Beyince-Knowles as the designer. Under the wings of good collaborations and great mastermind of industry, Destiny’s Child became one of the biggest selling female-group musical acts and Beyonce was the leading singer. In 2003, Beyonce began to embark a solo career with the release of “Dangerously In Love”. The album cemented her persona aura as a commendable solo artiste and hence, spreading the wings of Beyonce as a solo artist with the subsequent release of successor albums such as “B’Day”, “I Am… Sasha Fierce” and “4”. Beyonce also ventured into acting with several films under her belt with “Dreamgirls” being her portraying Deena Jones; which is loosely based on Diana Ross. 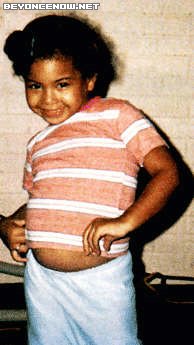 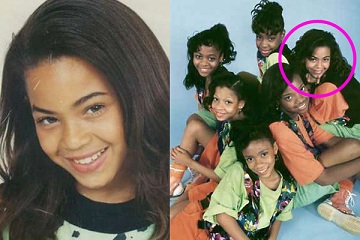 The attempts to penetrate the musical industry has begun eversince she was a kid. Both parents were managing and looking for opportunities to crystallize Beyonce’s dreams.

The early line-up for Destiny’s Child.

Yes, Beyonce is one of the divas in the musical industry and her work is very much related to cameras and expose. But not much is known about her private life and love endeavours. She married Jay-Z after much speculation in 2008 without her ever quipped anything pertaining the relationship – it’s just her personal thing. She often quoted that the image people see in the music and media is her sultry alter-ego, Sasha Fierce. But people never know the real sensitive side of Beyonce Giselle Knowles….. until now. 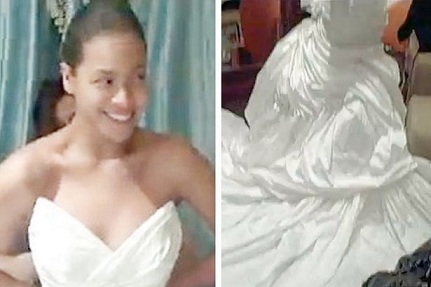 Her rare image of wedding dress from the autobiography “Life Is But A Dream”. She NEVER expose her wedding gown or any other wedding pictures to the media! Try Google, you will hardly find one. She was so private that it was all an intimate affair she deemed to keep in the closet. But now she’s ready to open up. 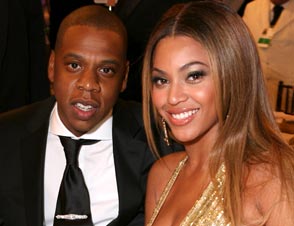 With the birth of her daughter, Blue Ivy Carter and severing professional tie with her father as the manager, Beyonce beginning to embrace her freedom. She lets loose and learn not to be too composed and guarded. She emancipates a new independence and ready to share her fragile side to the world. Beyonce has been keeping personal recording clips as diary and where she poured her everything ; the good and the bad times.

These are history. No more managed by Matthew Knowles. Au revoir! 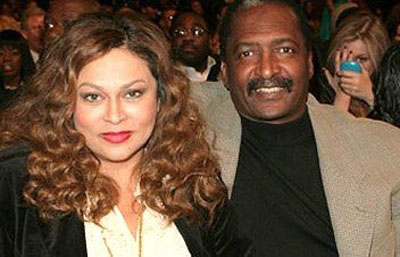 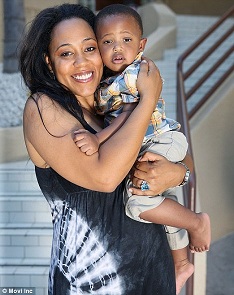 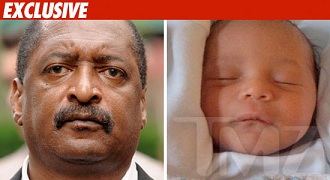 She struggled with depression when she had miscarriage (which we never know); she was in dilemma to severe professional tie with her father to gain her artistry freedom as an independent singer (and Matthew Knowles also cheated on Tina Knowles after having fathered an illegitimate child; the divorce finalized in 2011); she also confessed the pressure to always stay current and relevant as a top-notch artiste in terms of performances, musical renditions and dances choreography; she also admits the inner battle she has to face as a “diva” on profession and as “plain Jane” on personal sides. All of these are stressful and she never once publicly shares with her fans; -until the birth of her biography called “Life Is But A Dream” which is all done by her and to be aired in HBO. 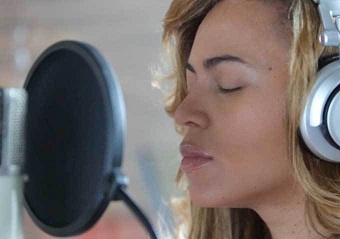 She never publicly admitted to the media about the miscarriage. Instead, she siphoned her sadness through a song that she wrote. It is still a mystery of which song she penned regarding her miscarriage. Some people speculate that the lyrics in “I Miss You” is about her miscarriage.

Although I don’t have HBO ASTRO, but thanks to You-Tube and Dailymotion, I’ve watched the autobiography  (I guess Malaysia will be a bit later than the prime premiere in America!). Beyonce did confess about the miscarriage as very depressing :-

“I picked out names. I envisioned what my child would look like. I was feeling very maternal… Literally the week before, I went to the doctor, everything was fine, but there was no heartbeat. It was the saddest thing I’ve ever been through.” 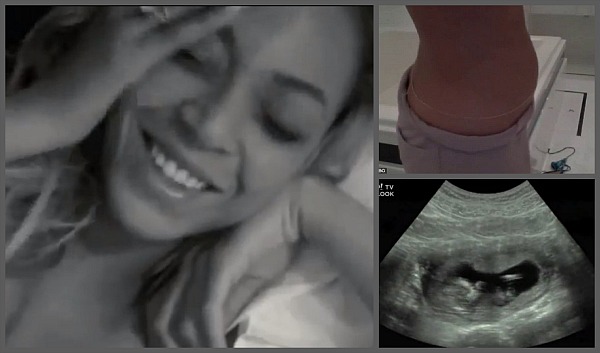 The moment she knew she was pregnant with Blue Ivy.

The biography also will highlight the romantic bits between Jay-Z and Beyonce which they never ever expose to the public. The duo sang to Coldplay’s “Yellow” when they learned that Beyonce was pregnant for the second time with Blue Ivy. Beyonce described Jay-Z as :

“I would not be the woman I am, if I did not go home to that man. And it just gives me such a foundation. [He has helped me] On so many levels. We were friends first, for a year and half. Before we went on any date, on the phone for a year and a half. And that foundation is so important in a relationship. And just to have someone that you just like, is so important. And someone that is honest.”

You know, not all artistes are bad influences. Of course being typical Malay Moslem society, one will slash out and say “Heathens as idols or inspirations??? Wasting!” – But I beg to differ. Yes, I am a Moslem Malay but I refuse to embrace antiquated thinking. I look up to anyone who is inspiring and I like to emulate that in my life; irregardless the skin colours, ethnicity or religions. I have to say it really annoying and bugged me whenever I encountered such cliche remark from typical-backward people!

With her daughter, Blue Ivy Carter.

I guess what I can learn is that despite the fame and wealth Beyonce has, she also has flaws and weakest points in her life and to certain extend, status as a celebrity make her even more difficult to express her authentic self. The lesson is to be brave whenever we are dealing with problems in life; put head high and gallantly facing them because that is the only way to survive in the uncouth world, no?

As time goes by, as we get older and more mature, we will get to know and discover ourselves – our strengths and weaknesses. Life is all about self-discovery. The more we encounter problems and age, the more experienced we become and the wiser we will be. As I am now reaching 29 years old (although physically I still look like 17 years old with streaks of grey hair visible!), my perspective towards life has change. I think life is full of adventures and more experiences to gain; and indeed life is beautiful. Although there are/will be more sad and melancholic episodes in life, that’s what make me a stronger person. I learn from mistakes and blunders I made from the past and the future of which I will be making but they all are process of learning. I grow up from that. After all, Life Is But A Dream.

8 comments on “Sasha Fierce Is A Plain Mrs Carter? : Beyonce Giselle Knowles @ Autobiography “Life Is But A Dream”.”