The Malaysian 13th General Election (Part II) : The Voices Of The Verdicts.

Posted by Shahrill Ramli on May 6, 2013
Posted in: News Of The World. 3 Comments

Politic is a sensitive issue in Malaysia, especially of recent. That is why I rather shy away from the fragile topic. But given the current circumstances, it is inevitable and I believe that every mature Malaysians will know how to discuss the polemics delicately; sans emotionally-driven or prejudices.

Well, since I have bought the Air Asia air return ticket PRIOR to the late holiday announcement from the Selangor State Government; I flew in from Jitra, Kedah to KL on Sunday night. Yeah, I actually missed the euphoria of witnessing/hearing the LIVE proclamation of election results. It was already 11.15 p.m when I touched down at LCCT and I was feeling a bit tired. Initially, I was in dilemma whether I should drive all the way home to Serendah or just sleep somewhere; I chose the latter, I mean it’s not like I do it everyday, right? Just feeling a bit spontaneous. Infused with anger towards someone (some no-brainer arguments which I shall NOT fathom here!), I remained silence over my whereabout. Hahaha. 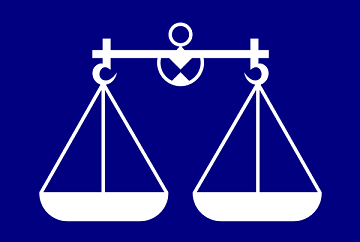 Anyway, I am using a neutral hat here ala Tony Buzan’s as I am writing this entry. Oh whole, “Barisan National” (National Front; the ruling party) retains the power to lead the country; whereas the few states such as Selangor & Penang still retained by the opposition party, “Pakatan Rakyat” (People Alliances). Kedah, which previously was dominated by “Pakatan Rakyat” has turns back to “Barisan Nasional”. Kelantan however, remain stoically loyal to “PAS” (Pan-Malaysian Islamic Party). 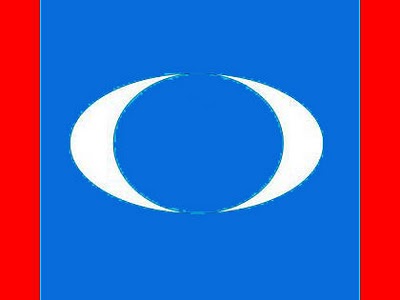 According to the result, it shows that the there was significant polarization in the voting pattern among the predominantly Chinese as most of them voted for Democratic Action Party (“DAP”). Several racial cards are being played after the results were announced as it has been dubbed as a “Tsunami”, symbolizing that the Chinese stood together to voice their choices. You know as I am wearing a neutral hat while writing this; I can’t help but understand why Chinese chose DAP over “MCA”/”Gerakan” as the former is seemed to be more capable, more vigorous and more aggressive in fighting for the rights/privileges for the Chinese whereas MCA/Gerakan are somewhat fail to prove their chivalry to the Chinese. I guess the Chinese speak their choices and that is prerogative everyone has to respect. 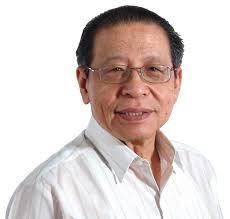 The Malays in the Kelantan also prove their irrevocable loyalties to PAS. The state is ruled by the party for more than 20 years now and the children who grow under the wings of PAS administration are all grown-up. Therefore, it is already expected that PAS will strengthen its power in Kelantan. Honestly (as I am wearing neutral hat now), I think the Kelantanese are quite happy under the governing of PAS despite all “hearsay” we hear every now and then in the mass medias (that explains the alternative information sources; especially via The Net). I guess the people there execute their voices as well.

Selangor, which often referred as the mixed state as the polarization of ethnicity is multiracial; has once again choose PKR as the ruling party. I guess the people of Selangor entrust what PKR does and entrust the party with another 5 years of governing tenure. As the richest state in Malaysia, Selangor is a golden chair and hopefully, the ruling party will keep doing the best for its people.

“Barisan Nasional” under the wings of the 5th Prime Minister, Dato’ Seri Najib Abdul Razak has successfully retain the majority to win the 13th Malaysian General Election. Honestly, I think that more attentions should be given to Sabah and Sarawak as these both states have proven their unconditional loyalties to Barisan Nasional and yet there are still a lot of poverty and hardship going on. I have many Sabahan & Sarawakian friends and they are actually quite crestfallen to see abusing of power in Sarawak (particularly) is happening and yet no severe actions are taken. The riches become RICHER while the poor are always oppressed & some of the people in remote areas were kidnapped, raped, et cetera. Sigh. But of course on the PLUS points, Dato’ Seri Najb Abdul Razak has successfully introduced us to the “1 Malaysia” tagline which is suitable given the situation rooted from the reigning era of his predecessor. With the presence of Facebook, Twitter and to clean up the mess caused by the previous administration, Dato’ Seri Najib actually is carrying a very serious and hard task. So far, I honestly feel he is doing GREAT.

Kedah meanwhile has taken liberty to shift administration with Mukhriz Mahathir as the new Menteri Besar. Hopefully, he will bring a lot of development to Kedah, Darul Aman! (,”). Although Penang is my birthplace but Kedah is my adopted state as my parents reside there now, and I myself voted there. So hopefully in this 5 years time, the economy in Kedah will boost, Insya ALLAH. 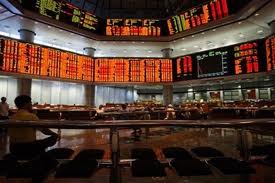 As of today, fresh from the result announcement of General Election, it was reported that the FTSE Bursa Malaysia KLCI Index jumped 6.8% to a lifetime high of 1,808.90 in early trade. The local currency, the ringgit, hit a 10-month high. You guys can Google to verify this in case I got the wrong information.

On whole, whoever or whichever parties selected to govern the locals, I pray that the chosen leader do THE BEST for their people. The people or “Rakyat” has chosen you, so do not neglect and abuse the trust we put. Please work for us; be diligent; mingle with us; know our plights and pleas – DON’T DISAPPEAR AND ONLY APPEAR 5 YEARS LATER ASKING US TO VOTE FOR YOU – we will PUNISH you for that!; be our good representatives and we will be loyal to you as well.

Malaysia. Putrajaya, the administrative landmark of Malaysia. The throne coveted by many Malaysian politicians.

All, for a better Malaysia. Amin!

The Malaysian 13th General Election (Part I) : Sacrificing My Virginity Of Ignorance.

Posted by Shahrill Ramli on May 5, 2013
Posted in: News Of The World. 5 Comments

I feel relieved, proud and happy that I FINALLY able to exercise my right as an eligible Malaysian! I know this sound a little bit far-fetched but coming from a virgin voter, this means a lot. I am ashamed but have to admit that although I am now at the ripe age of 29 years old (OK, another 26 days to be officially officiated as 29 years old at 1st of June!), this is my first time voting … and YES, I had missed 2 elections. But, people grow up; and I’ve learned my lesson.

Savouring the delicious Coffee Bean’s caramel at LCCT. So happened coincidentally, Kat was about to board her flight 1 hour earlier than me to Sarawak. So we just hanged out together for a while. (,”)

Like many other younger Malaysians who used to perceive Malaysian politics as being too dramatic, sly and “dirty”, I was once an ignorant Malaysian. My stance towards politics was stoically unfazed; and I couldn’t care less. I remembered during 2008 when I was working in AFFIN Bank as the Assistant Relationship Manager, the community was so into election but I didn’t understand what was the hullabaloo about. When I told Abang Ali, the unofficial ‘banker bouncer’ as he was big-size man but very kind hearted (I miss him!) that I won’t be voting, he lamented how I was at the loss for NOT EXERCISING MY RIGHT! I didn’t pay heed to what he said because; well…. I was a 24 years old who was just about to discover the post-tertiary-education life. I was in the experimental, unstable and reckless phase of my life; so “serious governmental matters” wasn’t really my cup of tea. Financial/economic matters – YES; but political matter, still a NAY! Geez, lame wasn’t it? 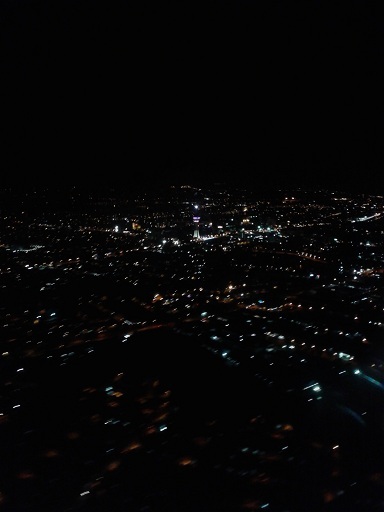 The night scenery of Alor Star, Kedah from an Air Asia plane. Welcome back to Kedah, The Land Of Paddy-Field. Been ages since I last board plane now that I often drive Dagny Taggart!

Then on 2009, I quit AFFIN Bank and joined KPLI, a one-year- crash course for degree holder to obtain license to become a teacher. Slowly I began to keep abreast myself with current political issues but it didn’t really knocked into my head really hard until 2010 when I was located to SK Serendah, the school I am serving now as a  teacher. Around April 2010, the district Hulu Selangor had to held a mini selection (“Pilihanraya Kecil”) as the representative died; and as a school staff, I was roped in as one of The Election Commission of Malaysia’s staffs (“Pegawai Suruhanjaya Pilihanraya Malaysia”) – You guys can check the entry at : https://undomiel84.wordpress.com/2010/04/25/hulu-selangor-mini-election-prk-p-94-serendah/. 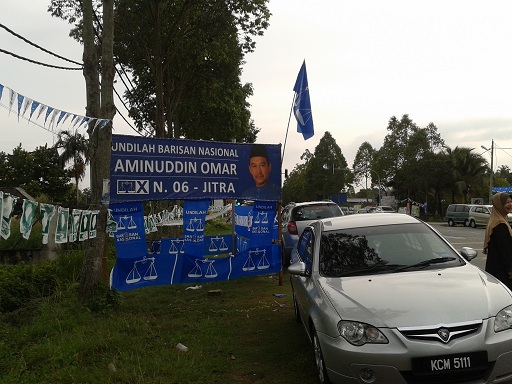 Hahahaa..make the choice wisely. The Blue Balancer or The Green Moon? (,”)

It was that experience when I LEARNED my lesson. As a “Penunjuk Arah”, I had to welcome voters and assist those who are in dire needs or disabled. There was this one experience where I had to HOLD AN OLD MAN’S WATER/URINE INTRAVENOUS (IV) DRIP LINE as he was on a wheelchair; and also an elderly man who can’t even walk properly! At that moment, it struck to me that these old men were not in the most suitable state of health AND YET, there they were, being ADAMANT to fulfill their responsibilities!!!!!! And what me? The healthy and young one??? Ignorant???

To the voting centre at SK Jitra 3 y’all. Ayah & Mak were so quick.

I felt as if being slapped! I was ashamed. And on that very moment, I made a promise to myself to exercise my right and fulfill my obligation as a rightful Malaysian. So, last year on 2012 when I heard rumours that the Parliament would be dissolved; I quickly registered my voting point at Jitra, Kedah. And I am glad I did. 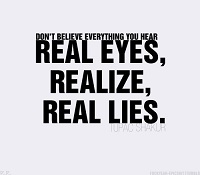 Yeah, the cost of coming back from Serendah, Hulu Selangor was no cheap (costing circa RM600!). And I flew via Air Asia since I don’t want to be traped in congested long queue in the highway. BUT,  in the name of patriotism, I pay no heed. I am fulfilling the obligation – and travelling by air is more comfortable and relaxing; though I have to admit I can’t do this all the time! Hahaha! Once a while will do. (,”)

So, today; I went to the voting point with Ayah & Mak at SK Jitra 3. It was nearby the neighbourhood and I have to say I was a bit jealous and enthralled by the size and modern facilities equipped in the school! Well, what do you expect? It is a new school in comparison to the old SK Serendah! Anyway, did what I had to do (the queue was not long; in fact I was the fourth person in line! Perhaps because we went there early.) and it was all settled.

So, no matter who wins; no matter which parties run the country – please bear in mind. Hold dear the trusts that the Malaysians have given you; don’t abuse the power… or we will punish you in the next 5 years; and by that time; sayonara! Hahahha! All in all, it’s all for the better Malaysia. Amin! I love my country, Malaysia. 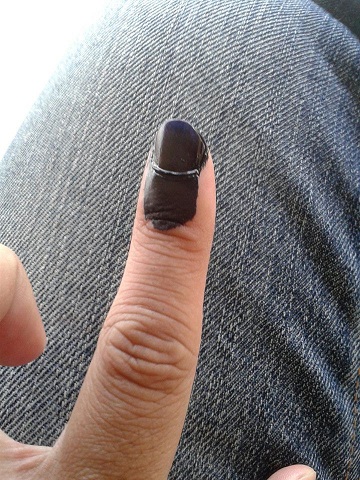 Exercised my voting right as eligible Malaysian! Amin! So glad and relieved.