Posted by Shahrill Ramli on March 27, 2014
Posted in: Novels/Book. 4 Comments

After a few months (of which I think took me around more than 4 months! LMAO! Not to mention that I even brought the book to my Sydney vacation circa end of November 2013), I finally managed to finish “The Secret Life Of Marilyn Monroe” penned by J. Randy Taraborrelli. Why Marilyn Monroe? Apart from her mystical sex symbol status, her death has always been a mystery to the fans and with the coincidence of that her birthday was on 1st of June – same like mine, we are Gemini! – it is always fascinated to uncover what lies beneath the glamorous and seductive pin-up poster image. 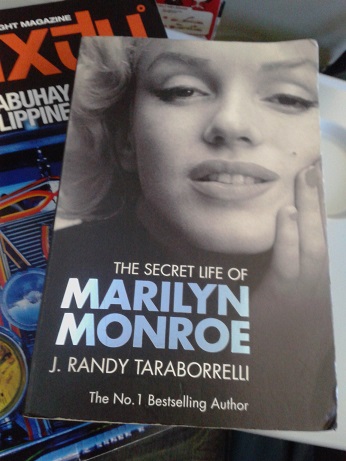 My own biography of “The Secret Life Of Marilyn Monroe”.

Born as a love child, an illegitimate child who had been abandoned by her klutzy Alzheimer mother, Marilyn Monroe was born by the name of Norma Jeane Mortensen. She was whisked to various adopted families and orphanages and was married off at the tender age of 18-19 (I couldn’t recall), she married for the first time to Jim Dougherty. It was purely out of her Norma Jeanne seeking solace rather than genuine attractions. The marriage crippled and soon Norma Jeanne began to carve pathway to Hollywood – an influence embedded by her mom’s best friend, Grace McKee who believed that she could become a movie star and proved to be Norma Jeanne’s strongest pillar of support. 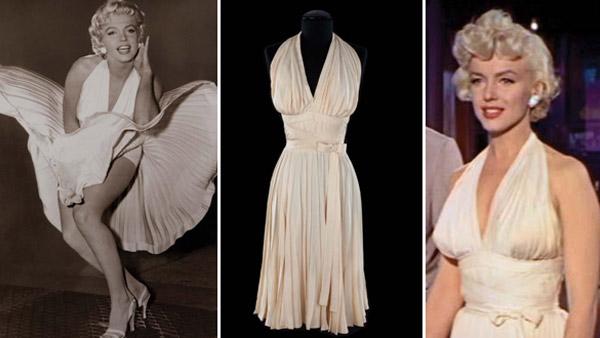 Soon, Norma Jeanne who now was known as Marilyn Monroe began to create buzz around the Hollywood arena. Yes, according to the biography, she did sleep with a man named Johny Hyde who was a famous Hollywood talent agent. Hyde was infamously enarmoured towards Marilyn but she refused to marry him even though he left his wife for her. Circa this period of time, Marilyn Monroe did infamous nude photoshoot for a photographer under the name “Mona Monroe” which then became the first Playboy’s cover and instead of gracing her off, it catapulted and cemented her sex-symbol stardom to its highest hierarchy ever. 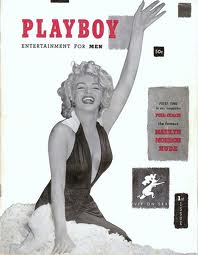 The cover of 1st Playboy magazine. It was purchased by Hugh Hefner to be graced as the cover. Instead of disgracing her, the issue catapulted her sex-symbol stardom.

Now, although Marilyn Monroe was now garnering attention from the public, she was still a lonely girl at heart. But when she met Joe di Maggio, an Italian-American famous baseball player, she found her soulmate. Although the marriage crumbled due to Joe di Maggio’s jealousy and controlling magnetism towards Marilyn Monroe who wanted to be free rather than be caged, the two remain to be the good friend and Joe di Maggio was the Marilyn’s saviour when she was tricked into hospitalization by her psychiatrist! It was really a heart-wrenching tale to read. 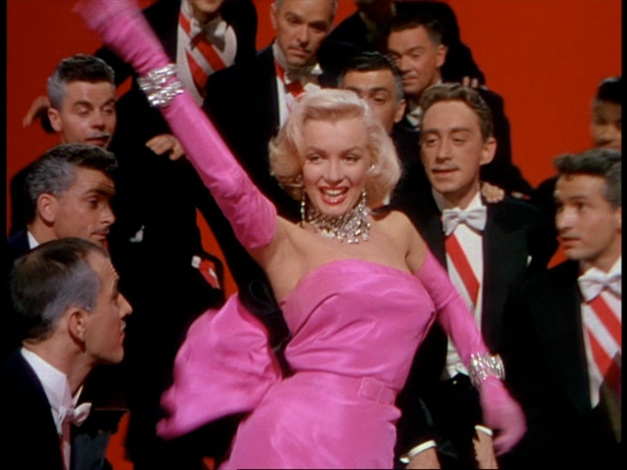 Her famous pink dress in a number in “Gentlemen Prefers Blonde”. Madonna was so captivated that she tried to channel Monroe in her popular song “Material Girl”. (,”)

Of course, what is it a Marilyn Monroe without some spicy sex tales, isn’t it? According to the biography, yes, she did had sexual relationship with Frank Sinatra  (I never thought that he was actually a sexual predator!); at least a one night stand with President John F. Kennedy and when he ended their affair, she resorted to the brother, Bobby Kennedy (which is somehow invited argument as still unconfirmed but they surely ‘hanged out’ together). 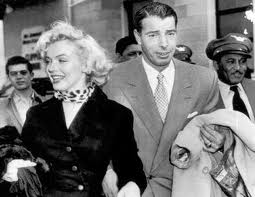 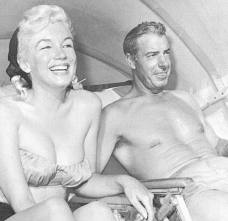 With Joe di Maggio. Although they fought and bruised each other, but in the end, Monroe always looked for di Maggio for help and he came to her rescue. Amazing. They just loved each other.

When I read the book, it all can be summed up that actually, Marilyn Monroe is just a woman who wants to feel the desire of being ‘wanted’. She was abandoned by her own mother as an illegitimate child; and everyone around her trying to take advantage of her, including her teaching coaches (the famous Strasberg couples) and her psychiatrists. Yes, she posed the sexy alter-ego to feed the fantasies of men but inside, she is crying for real love. 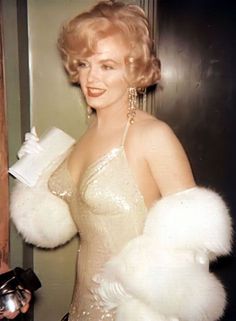 The famous “Happy Birthday Mr. President” dress. Which was reportedly had to be sewn on her body to fit the dress! Gosh!

Talking about Marilyn, I actually did write about her in 16th July 2006 (that was 8 years ago!) in my Friendster blog which then imported into this WordPress (Refer to https://undomiel84.wordpress.com/2006/07/16/marilyn-monroe-the-unfortunate-barbie/). I was kinda embarrassed with the way I wrote the piece, which reflected my adolescent cognitive thinking; but hey, I grow up, no? Hahahaha! I can see maturity in my writing! Amazing! 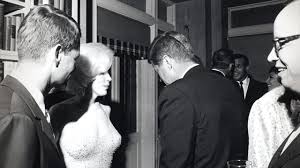 A rare picture of Marilyn Monroe, Bobby Kennedy & JFK. Did they have sex with one another? JFK for sure did with Marilyn; but Bobby/Robert? He was after all, a father of 11 children, if I am not mistaken. Ooooooh! *Wink* 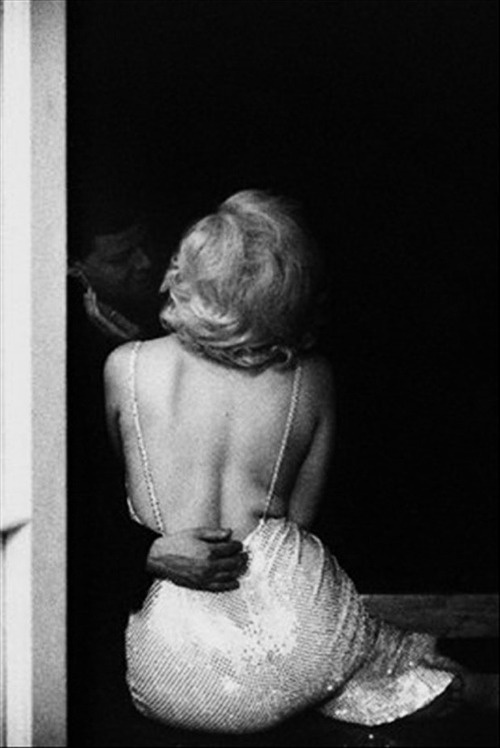 Two pictures of JFK getting cozy with Marilyn Monroe. Of course, Jackie Kennedy was alert about the flamboyant playboy life of The Kennedys.

On whole, I can say that it is a nice novel; but I felt a bit sad for her. A lot of people are making fortune with her fame posthumously – some auctioned her memorabilia; some auctioned her famous “Seven Years Itch” dress & “Happy Birthday Mr. President”; some even sell her unreleased footage of raw videos, etc! Yes, she was indeed the Unfortunate Barbie, like what I wrote back in 2006. 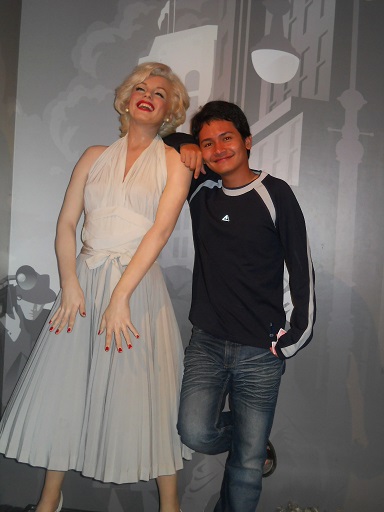 “Marilyn Monroe” and I back in Hong Kong’s Madame Tussauds in 2012. Her iconic pose from “Seven Years Itch”.

“When Mr. Southwind sighs in the pines
Old Mr. Winter whimpers and whines
Down in the meadow
Under the snow
April is teaching green things to grow

When Mr. Westwind hums in the blades
Old Mr. Summer nods in the shade
Down in the meadow
Deep in the brook
Catfish are waiting for the hook

When Mr. Eastwind shouts overhead
Then all the leaves turn yellow and red
Down in the meadow
Corn stalks are high
Pumpkins are ripe and ready for pie.”

I love this song she sang in “River Of No Return” called “Down In The Meadow”. She shed off her sexiness and showed her Midwestern belle and roguish guitar. Her songs were actually very nice. I love them.

Yeay!! The author, J. Randy Taraborrelli actually ReTweet my Twitter and favourited it. I know, it’s lame… but I still wanna write this (,”). Hhahahaha! 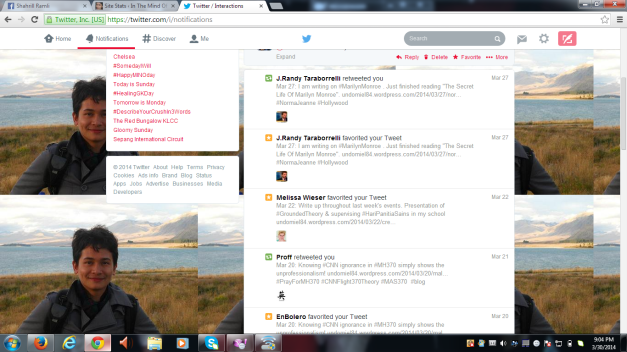