Alhamdulillah. ALLAH SWT is Great. I never thought that I would eventually being recognized with this accolade, given the nature of that the recognition is usually given due to “seniority” rather than “meritocracy” (so people said; I just observed and echoed this. Haha! Hope no one would want to spin this as a controversial statement; you know my blog attracts a lot of Peeping Toms and Janes. Haha!). 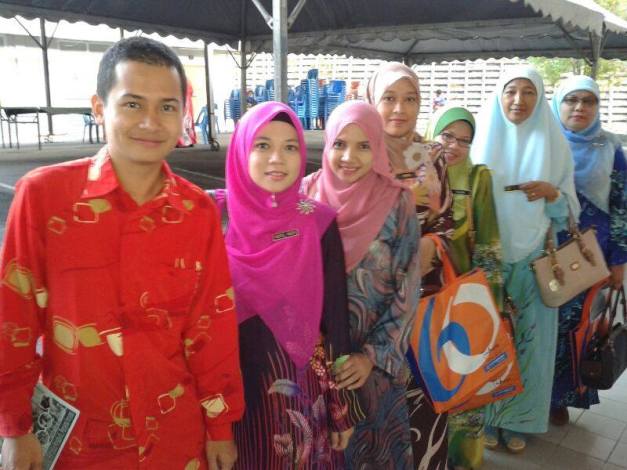 Me with the girls. Hhehee, Ustaz Harris took the picture.

I guess perhaps it is due Mak’s Doa/Prayers (you know, Islam believes that the power of mother’s prayer is eminent. There is no ‘hijab’ or barrier between a mother’s Doa to ALLAH SWT!) or perhaps due to the smithereens of bless from my recent Umrah? Goodness knows! 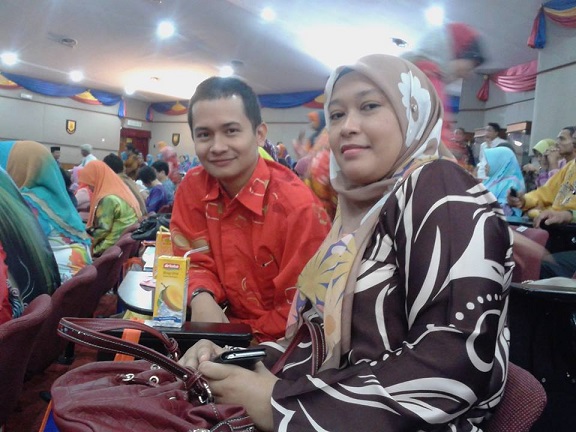 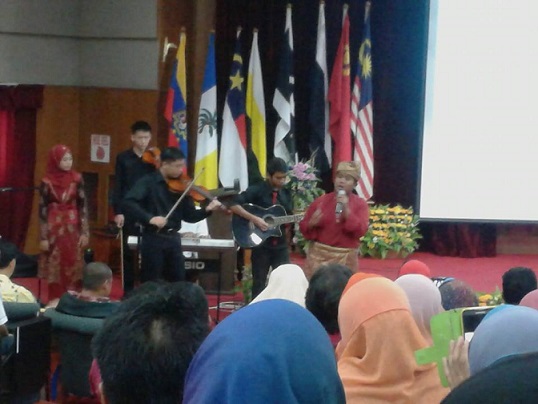 Musical and “Puisi” recital from students.

To be recognized when my service is merely 5 years old (2010-2014) and since my school consists of more than 90 TEACHERS, this means a lot for me to catapult my work to be more determined and dedicated. Perhaps ALLAH SWT knows that I have been quite mellow to the passion of my work (I always love teaching & imparting knowledge to the kids BUT the documentation and filings nonsense are KILLING ME! I don’t think I can stand anymore with the helter-skelter orders from Authority!) and my focus is more on my Master’s Degree in Corporate Communication; I don’t know, I feel it’s like ALLAH SWT’s waking up call for me to serve the best until I leap my way to further the study. It’s like a sign from God, you know! God is Great! 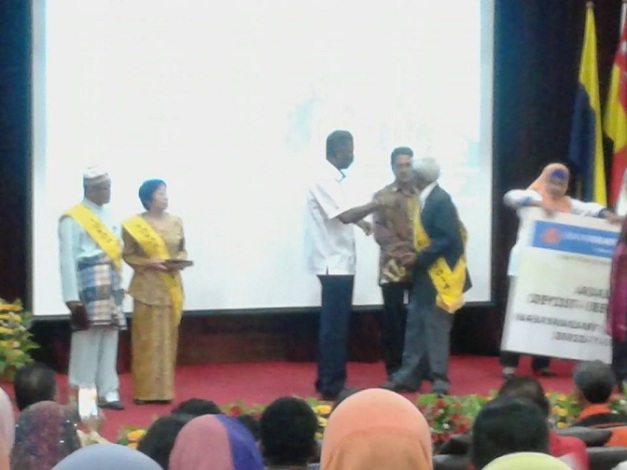 The VIP, P.Kamalanathan who is the Parliament Member of Hulu Selangor as well Deputy Minister of Education & Higher Learning II solemnized the occasion and 3 “Tokoh Guru Hulu Selangor” with amazing canvas timeline as teachers!

So, the “Majlis Sambutan Perayaan Hari Guru 2014 & Anugerah Perkhidmatan Cemerlang 2013 Hulu Selangor” was held at Akademi Bomba & Penyelamat Kuala Kubu Bharu, Selangor (which was my first time! I, however did survey the place yesterday with You-Know-Who so I won’t waste time trying to locate the place today. Haha!). The event was solemnized by the Hulu Selangor Parliament Member as well as the Deputy Minister of Education & Higher Learning II, P. Kamalanathan.

For nostalgia. With ex-Headmaster Encik Zakaria bin Ismail who is now the headmaster at SK Ulu Bernam. From left; Cikgu Khairul Muzammir who is now working in PPD Hulu Selangor, Ustaz Harris, Cikgu Zakaria a.k.a. Zack (Wuuu!) & I.

After the event, we took some photographs and honestly, I feel happy and great to be told by Saleha, my school’s financial officer that the evaluation isn’t based on “old antiquated system of seniority” but our new Headmaster adapts meritocracy of where selection is based on his own judgement as well as our own appraisal and counter-appraisal via Sasaran Kerja Tahunan (SKT). It means a lot for me to be told that to realize that my work has been recognized by my superior.

Alhamdulillah. What a beautiful moment in my career as a teacher, before I carve my way, venturing to a whole new world in 2 years time, Insya ALLAH. Inalillah, everything goes back to ALLAH SWT.