Posted by Shahrill Ramli on July 12, 2014
Posted in: Searching My Soul- Back To Basic, Travelling - Out From Chrysalis. 2 Comments

After the 3 Umrah supposedly assisted by our Mutawif, Ustaz Firdaus Al-Amin from Andalusia Travel & Tour, Mak & I decided to do a few rounds of Umrah on our own. It feels great to have Mak as a guide to safeguard our Umrah processions. There were a few unforgettable incidents happened in Makkah & I need to etch them here. 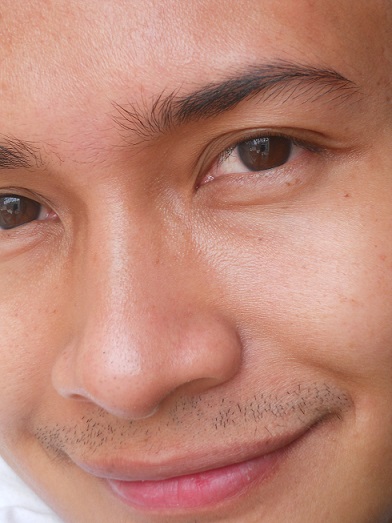 We stayed at a hotel called Umrah Al-Firdous which is circa 650 metres from Baitullah, on the 6th floor. I booked the room for 2 people (for Mak & I) and my room’s window  faced the buildings erected along the Ibrahim Al-Khalil Street. There were a lot of pigeons flying across the sky and some perched to the small balcony outside of the window which housed small air-conditioner boxes. 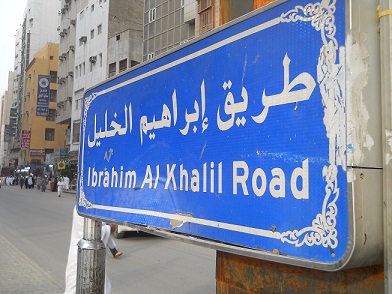 I didn’t know why; but suddenly I had that  spontaneous “whispers in the heart” praying while looking at the pigeons flying across the sky :-

Ya, ALLAH… show me Your Powers. Send a pigeon here to the balcony. Send my ‘salam’ to the Baitullah……

The balcony of our hotel.

To my amusement, suddenly TWO PIGEONS came flying from the sky and perched at the small balcony, RIGHT IN FRONT OF MY EYES!! Subhanallah! Amazing! I was floored by that. Of course, some may said it was just ‘coincident’ but for me, it was God’s way of showing me the power. Amin!

Another incident was in the Baitullah. I was just finished praying the “Sunat” prayer when suddenly an Arab-looking man sat down beside me. Suddenly, he greeted me and of course as a brother Moslem, I greeted back. He was a handsome man (Hahaha, sounds scandalous isn’t it? But I promise there is a rationale on why I mention this) with even teeth! Anyway, he suddenly blurted out in Arabic (but I somehow could make up what he tried to say) that he was actually from Palestine and his father was killed by Israel Laknatullah (his words!) and he came to Makkah with his mother on their meager income. In the end of the story, he was actually begging for a financial help.

At the praying section at 1st floor of which I always frequent.

Unfortunately I didn’t bring my wallet & I myself did not have any intention to give money as this sounded so fishy; so I shook my head saying I didn’t have money. there was an awkward silence between us and I changed my sight on the other side. But when I turned my head, he was GONE, disappear into thin air! I wonder, was that an angel descended to Earth just to test me as I’ve heard a lot of stories like that from friends and words-of-mouths? Nobody knows, Wallahualam.

The relationship between Mak & I also is being tested in Makkah. As you know, the praying sections in the holy city is segregated between males & females. Amid the thousands of people thronging, a telephone would be very important for us to communicate. Initially, Mak & I thought that we would go separate ways as we have telephones to communicate (place to park our slippers, where to meet, etc). UNFORTUNATELY, Mak’s handphone gone kaput in her handbag as water from the bottle leaked and a few chocolate cakes she placed in the handbag melted!!! In the end, we could only rely with my handphone and we also had to stick together very closely while performing the Umrah as it would be a BIG problem if we were separated because Mak didn’t have her telephone! Mak & I thought this was something meant to be by God. Perhaps ALLAH SWT wanted me to be with Mak all the time while we were at Makkah. You know what they say; there are reasons for everything!

Apart from that, our television in the room couldn’t be switched on and I only got to know that there was a WIFI connection ONLY at the hotel’s ground floor during a few last days in Makkah (before this, I thought there wasn’t any WIFI at all!).  Hhahaha, this perhaps seem trivial BUT for me, I guess God wanted me to shut myself out from the hedonistic world outside and focused and devoted myself to the worshiping affair. ALLAH Hu Akbar, God Is Great!

A cat at Baitullah.

I also saw A LOT OF CATS in Makkah! I didn’t know whether it was God’s way of showing me since I love and do rear cats, or…. coincident? Wallahualam. But it was a nice thing for me to see cats roaming around. (,”)

I also remembered that I really wanted to climb the Hira’ Cave which happened to be the secret hideout of Prophet Muhammad SAW & Abu Bakr when the Quraish were hunting for them. It was scheduled on the 6th June 2014, a second last day before the day to perform Tawaf Wida’ on the last day; circa 10 p.m- 2.00 a.m. I was so excited to climb as I am a historical freak. BUT, Mak was hesitated and reluctant to give me permission. Although I wanted to go but I succumbed to her antagonistic wish. The next day (which was the last day in Makkah), I met a few Umrah entourage members and asked their experiences. They said, it was tiring and all the way up to the cave it was dark & some even spent time sleeping in Baitul Haram after Subuh because they were so tired but at the same time, didn’t want to miss the Tawaf Wida’. All in all, I felt grateful that I listened to Mak’s wish!

Despite the hustle bustle and chaotic traffic of Makkah, I was generally satisfied. The grilled chicken was awesome that everyday, Mak & I would buy (around SAR 15 Rial for small one; SAR 21 Rial for a big one) and the food catering by Andalusia Travel & Tours were nice (no complaint with the agent’s service in Makkah). However, I didn’t dare to eat the delicious ice creams that everyone kept asking me to buy because I was scared my Tonsils would enlarge!

Hmmm..yummy grilled and roasted chicken! I guess it’s because it is Halal that it is tastier? I remember having a talk with an Aussie flight officer during trip to Melbourne. She vouched and confessed that Halal meat is more succulent!

So, on the last day of 7th June 2014, we performed “Tawaf Wida’ ” , which is the Goodbye Circumambulation, a compulsory act for Hajj/Umrah entourage to perform when they are about to leave the Holy Land. After performing “Tawaf Wida’ “, the individual must not delay his/her departure from the Holy Land, as well as prohibited to do trivial things such as buying souvenirs, etc that are deemed to be a procrastination act on leaving the Holy Land. It was quite overwhelming to leave Makkah but I was also excited to begin the 6-hours journey to Madinah by bus.

Ma’a Salamma or Goodbye in Arabic!