4th Observation By English SISC+ Officer of Hulu Selangor @ 5 Pelangi, SK Serendah 2015 : The “Self-Protection” Education For My Diamonds In The Rough (Have A Little Faith)!

Despite the fact that I have so many things on my plate now, finally; the session with SISC+ is over. Yeay! This should be my 4th times but for this year would serve as the 2nd one. Of course, the SISC+ programme is not to condemn or criticize a teacher per se but to assist – yet, still; the intimidated feeling is somewhat unavoidable. Haha! But, too bad that all the pictures I have taken with my handphone were not there as my mobile has gone kaput with malfunctions these days. Huhuhu….no pictures of my lesson plan, teaching aids, etc. Luckily I have got a few ones taken by Puan Shahnaz.

For this 4th session, Puan Shahnaz chose to enter my 5 Pelangi which happened to be the last class and I am the class teacher, by the way. Sometimes, it is hard when you are teaching a primary school and at same time you are furthering your study to a higher level like what I am doing now. I know for some people it is just a breeze but sometimes I am in a confusion mode – when I am in university, I use metaphorical and high-level enunciation, the crispy accent as well as scholar-like projection of words because my audiences are of professional and corporate adults WHEREAS when I am at school, I have to SIMPLIFY my English to the most microscopic level of “Simpleton-ness” because :- 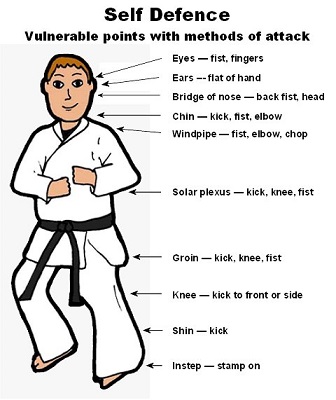 Martial art is a method of self-protection.

But, that’s what makes a teacher right? It is not about to profess whether you are GOOD in English; it is about how you make your clientele; in this case pupils; enjoy your lessons, no? This what some non-teachers-but-English-literate Malaysians are oblivious about. They criticize the Malaysian educators, etc WITHOUT even have the experience in teaching primary schoolers. Oh, well. Malaysians are good with scholar-sounding opinions, no?

Anyway for today’s session, I’ve picked the topic “Unit 6 : Self-Protection”. Prior to the lesson, I had discussion with Puan Shahnaz about my ideas and activities that I am about to carry. It was nice to see that she contributed some new ideas to be incorporated to make my lesson more inviting. We also inserted a few of Cross-Curricular Elements or “Elemen Merentasi Kurikulum” as the topic is very intimate on the principles of that pupils will be able to distinguish certain sensitive parts of body that are untouchable by strangers and that is an element from the subject Health Education (Pendidikan Kesihatan).

For the Set Induction, I asked pupils whether anyone of them knew martial arts or not. Predictably, my highly-spirited 5 Pelangi were very excited to share their thoughts with several varied answers such as “Silat”, “Kungfu”, “Taekwondo” and even wrestling! Haha! Then, I showed them a few newspaper headlines depicting on safety issues. Asked a few pupils to read them out and I relate that with today’s topic which was “Self-Protection”.

“Taekwondo”. I even demonstrated this leg-kicking in front of class just now despite zero martial arts prowess. Thank God no one is video-taping! Hahah! Oh, well. Teachers are actors, no?

As appetizer to the lesson, of course I use the text book to read the text to give basic ideas about the topic to the pupils. Since this is the last class with almost 80% are illiterate (so sad, isn’t it? But they are such darlings. They put effort to make the session work despite their flaws) and couldn’t read, I read first and they echoed my reading. Then, for Eliciting Ideas stage, I initially wanted to stick the 5 flashcard words I have prepared (as per text book) on the white board :-

Haha! Some even quipped wrestling as part of martial art to self-protect! Chris Benoit was one my favorite wrestlers during those secondary school time when we had the WWF frenzy fever! I was shocked to learn this family man killed himself as well as his family. So sad. He really was a devoted father. I wrote in my blog on 26th June 2007 at https://undomiel84.wordpress.com/2007/06/26/ironies-death-of-a-wrestler-unleashing-of-a-socialite-two-malaysian-astronout-wannabes/.

– and, the idea was to ask 5 selected pupils to come out to the front and act according to the words they were standing besides to. Nevertheless, Puan Shahnaz thought it would be better if I were to incorporate activity that involve every pupils so that no one would be left out. She suggested I wrote a few words on small papers, folded them and make a “Guessing Game”! Selected pupils from each group would come to pick the folded papers ala “Sweepstakes Chances” and then would try to act the word written on the folded papers. His/her teammates would try to guess the name of the action!

We even talked about Good Touch & Bad Touch. And some sensitive areas that the kids should put red tape upon such as genitalia, lips, etc.

It was nice! The kids were enjoying themselves and I also happy to see them participating in the activities despite their limitations. One thing I have learned from here is that to always have faith in your pupils. They might surprise you with things you thought they could never do, you know. I also participated in the Guess Game by acting an action of “Taekwondo”! Haha! More like a Kungfu. I am naturally an animated person so it was no problem for me to jump and hope like an active child demonstrating the ‘energized rabbit’ attitude! Haha! 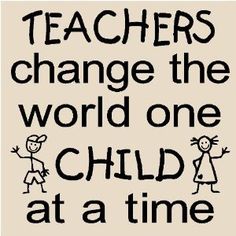 What I always aspire to be. Even if one day, I am no longer work as a teacher as I do have other big ambition in my pipeline. But the passion to teach and to change a greenhorn’s life never waver.

Next for Reinforcement stage, I decided to incorporate the work stations as suggested by Puan Shahnaz in my 3rd session with her (REFER to https://undomiel84.wordpress.com/2015/02/26/1st-obseation-by-english-sisc-officer-of-hulu-selangor-5-mentari-sk-serendah-2015-uncovering-the-legends-of-our-malay-archipelago-with-the-young-malaysian-buds/). I did have the inclination to do the “1 stay, 3 stray” concept but aborted the plan. Instead, I intended to put the 5 abovementioned words into several strategically-placed corners, dubbed as Stations.

I always quote Oprah Winfrey in my school’s emceeing texts because she is one of my 3 inspiration in life. Other two would be Angelina Jolie and Prof. Muhaya. Her quotes are close to myself.

Each group was also given 5 copies of mini manila cardboards of which I have stapled them together (Yes, teaching primary schoolers meant you have to do all the nittyy-gritty errands!). So, each group would delegate tasks to its members to go to these 5 respective stations. And then, they would have to DRAW to illustrate the meaning of the word at the Stations. For example, at “Kidnapping” Station, the pupil would have to draw kidnapping scene! Definitely 5 Pelangi was so engrossed with that. They were so spirited in drawing and wanting to get as many ‘stars’ as possible for their Star Charts – which I have introduce as to harness the competitiveness amongst pupils during my English lessons! Haha! 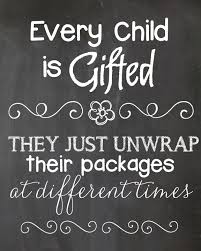 Always believe in potential of every pupils. I always tell my 5 Pelangi that they have worth more than the cleverer pupils. Their attitudes and etiquette won the hearts rather than those brilliant minds but with abysmal morality. Who knows one day, one of them would become an entrepreneur? You never know.

On whole, it was an enjoyable one for my 5 Pelangi. They also surprised me with their efforts to make the session work. I was so touched by their hardwork. Imagine when a pupil is illiterate BUT, know how to say the word – EXTORTING MONEY as ‘memeras ugut duit’; – Whoa! It was really a mind-blowing experience for me. Sure, they resonated the Cuckatoo Syndrome (verbal repetition by blank-minded) but to be able to recall that; to be able to demonstrate understanding via verbal and graphic illustrations – is already fulfilling for me.

While conducting Set Induction. One of 3 pictures retrieved from Puan Shahnaz. As for my handphone, the pictures were somehow ‘unkept’ mysteriously. Perhaps due to the system gone kaput?! Urgh!

I also had a great professional discussion with Puan Shahnaz and I applaud all the good ideas she injected in my lesson. On top of that, she also demonstrated a few segments in the lesson on how the ideas to be applied hands-on. She wanted me to see the practicality of what she suggested and it worked! 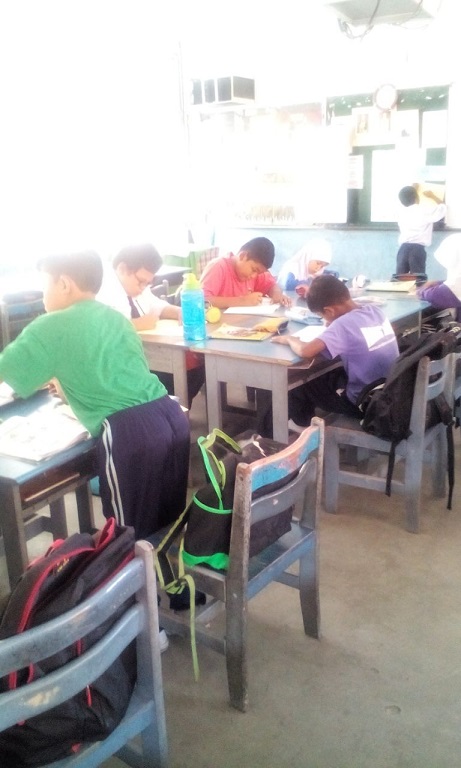 The kids were busying themselves, occupied with the Stations-drawing session. Too bad all the zoom-in pictures I have taken had gone disappeared into thin air!!

I also shared with her about the possible stigma of that teachers with SISC+ officers are those who in dire need and abysmal in teaching; which of course is not true because SISC+ are to assist the teachers and not to evaluate. It is meant to improve the pedagogical approaches, suited to the level of our primary school clientele. I am happy to hear that she vouches my command of English is good (oopsie! Haha!) as well as my communication-interactive skill (so, there should be no abysmal issue) BUT this session is meant to reinforce what I have up on my sleeves and I admit that I still need a lot of in-depth learning on how to gauge the arts of teaching English. It is nice to have professional tete-a-tete with senior teacher with vast experiences; in fact I always love to ask my senior colleagues in school on how to delegate certain topics as they might have better experiences and knowledge or approaches. 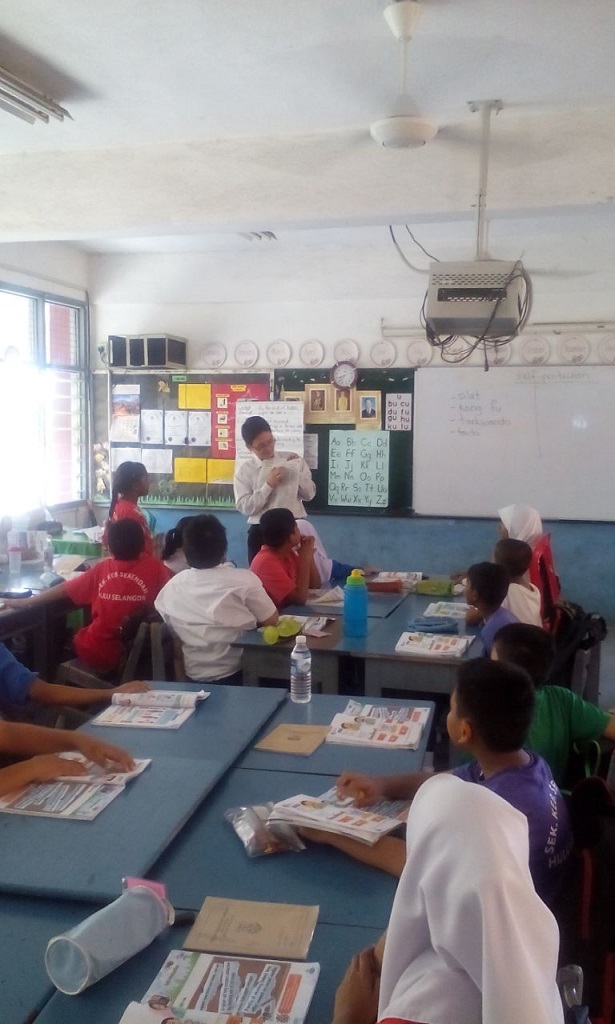 Taneswary braved herself to read out the newspaper headlines depicting on self-protection issue. With 80% of the class are illiterate, it was amazing that they put efforts to make the session worked. Touched, moved and happy for their paramount hardwork.

At this juncture, I never consider myself as a good English teacher as my major is in Science (I also never consider myself as a Science high-flyer as well!) although a lot of people said ‘I can teach English’. I always yearn to dig more knowledge and techniques from the seasoned players as well as my senior colleagues. I always remember what Ayah keeps telling me eventhough he is not a highly-educated person but he has the charm to melt people’s hearts. He VEHEMENTLY stresses to me :-

“The secret to be the apple of the crowd’s eye is to be able to follow their rhythms. Never boast, be generous and practice good communication rapport to bond with the people.”

That, I hold dear in my heart.

2 comments on “4th Observation By English SISC+ Officer of Hulu Selangor @ 5 Pelangi, SK Serendah 2015 : The “Self-Protection” Education For My Diamonds In The Rough (Have A Little Faith)!”