My Promise @ The Myths & The Facts Of Blood Cupping (“Berbekam”) : Islamic or Arabian Alternative Treatment?

Posted by Shahrill Ramli on September 2, 2015
Posted in: My Promise @ Road To Recovery. 3 Comments

It’s been 2 weeks since I jotted down this entry. A rollercoaster ride with kaledeiscope of emotional upheavals for both of us. For the first week, it is quite delightful to know that someone has taken the initiative to re-indulge oneself with the athletic activities which was synonymous to the heart. Taking the field track and tried to get back in shape. Nonetheless, there were a few moments where doubts intercepted the mission and nearly forced one to draw out from the competition but Alhamdulillah with brave heart, everything went well.

And then last week I went back to Jitra for Merdeka holidays so naturally I had to leave for the fight to be battled alone. In a way, it should serve as a good experience if I were not around. Everything went well; I received warm-heart call when I was waiting for my flight at KLIA 2 Starbucks. But on Saturday I received calls that the body was becoming weaker and the health deteriorated. Possibly it was due to the practice of blood cupping (“berbekam”) which famously affiliated with Islamic alternative health practice. Now, after a body received the treatment; it is natural for one to experience lethargy. Perhaps due to that, “mystical misdemeanors” began to dominate the mind as the self-defense was brittle. I was worried and concerned when I learned that the health deteriorates and as if it was back to the initial limbo-rock experienced during the last weeks of the Ramadhan (REFER to https://undomiel84.wordpress.com/2015/07/12/my-promise-the-fable-of-one-legged-tin-soldier-ballerina-toys-the-anxiety-attack-depression/). 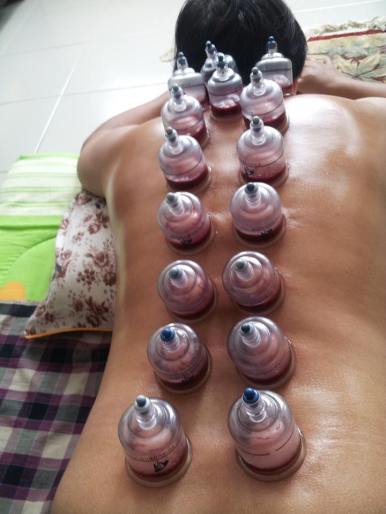 So yesterday, Tuesday 1st September 2015; after school, I pushed off to Kuala Lumpur and accompanied to Darussyifa’. There were many people and we had to wait in queue for another 20 more people. Initially, someone was feeling restless and wanted to to recoil but I was adamant for the treatment to be done on the spot because I knew the “injection of motivation” was crucial before the condition to be worsen. And Alhamdulillah after the session, everything went well and the confidence was reinstated. 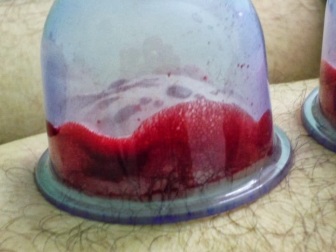 From this experience, we learned that the body needs to be maintained in a healthy state and not to be jeopardized by any ambiguous watchamacallits. Could it be that blood cupping or “berbekam” isn’t all that beneficial to the body, much contrary to the Moslems’ belief that it was Prophet Muhammad SAW’s Sunnah (an act)? I am not a well-versed person about this but I remembered a controversial statement made by  Profesor Emeritus Datuk Dr Mahmood Zuhdi Abdul Majid who happened to be a professor in Fiqh and Usul Fiqh Department of International Islamic University of Malaysia (IIUM) who said that blood cupping (“berbekam”) is an Arabian traditional health treatment and also being practiced by people from other countries via several varied methods but with the same concept in accordance to the suitability for the individual and illnesses, in question (REFER to http://www.sinarharian.com.my/bisnes/bekam-bukan-perubatan-islam-1.413391). This was definitely contradicted to the impression embedded within antiquated Malaysian Moslems’ minds about blood cupping or “berbekam” for ages :-

“On contrary from the religious point of view, blood cupping has no correlation with Islamic practices and it is just the same like a normal medication with various ways such as surgery or injection. Claims that blood cupping is a Prophet’s Sunnah is analogous to other deeds done by him. We love him and therefore we follow what he did. Therefore, we cannot assume that blood cupping (although practiced by Rasulullah) as an Islamic medication as it derived from the Arabian culture. Since Rasulullah was an Arab and blood cupping does not contradict to the laws of Islam, it is therefore permissible, yet not to be taken as one of Islamic practices. And one has to really be particular towards the hygienic and cleanliness aspects if interested to be engaged with blood cupping practices. We must be careful and evaluate the expertise of the blood cupping practitioner before succumb the body for treatment.” 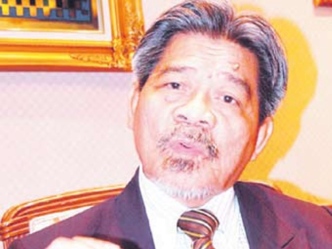 Profesor Emeritus Datuk Dr Mahmood Zuhdi Abdul Majid, a professor in Fiqh and Usul Fiqh Department of International Islamic University of Malaysia (IIUM) is of opinion that blood cupping (“berbekam”) is merely an Arabian alternative culture, therefore should not be misunderstood as an Islamic treatment.

In addition, I want to relate what Prof Madya Dr Mohd Asri Zainul Abidin or affectionately known as Dr. MAZA wrote about this polemics in his blog (REFER to http://drmaza.com/home/?p=1361). He wrote that Islamic scholars have different opinions on regard to the practices of Islamic medication.  Some said that Islamicized alternative antibiotics which are famous in Arabian culture such as habbatus sauda’ (black seeds), blood cupping, camels’ urine and milk, etc are due to Heavenly Revelations whilst others perceive them as merely from the basis of Prophet’s life experiences and surroundings.

Prof Madya Dr Mohd Asri Zainul Abidin or affectionately known as Dr. MAZA. He used to teach in USM when I took minor in Islamic Studies (my major was in Microbiology). Unfortunately I never get to sit for his classes – though I did one time mistakenly entered his office when I was looking for a lecturer in the faculty. LMAO. (,”)

So, I guess in the end, it is prerogative. But as for us, I think it’s better to not to be indulged with this, for a while.

Hahaha! David Beckham for “bekam” (blood cupping in Malay)? It is amazing how marketers do their mind-blowing creative posters with Photoshop! Hahahahahah!

3 comments on “My Promise @ The Myths & The Facts Of Blood Cupping (“Berbekam”) : Islamic or Arabian Alternative Treatment?”