“The 3 Parent Babies” : The Evolution Of Mitochondria Replacement @ In-Vitro Fertilization Or An Unlawful Menage-A-Trois?

Posted by Shahrill Ramli on September 11, 2015
Posted in: News Of The World. 6 Comments

My whole academic path was fully dedicated to Science. I enjoy learning it but I always knew that I cannot accept it wholeheartedly and dedicate myself to Science as a career. But since Ayah was adamant I took the Science stream, I obeyed and that eventually led to Biological Science in matriculation and a degree in Microbiology at USM, Penang. And now doing Master of Corporate Communication which is a discipline of Social Science, I feel I can soar high as this is my forte. Nevertheless, the scientific ‘continuum’ in my heart never diminished. I guess I am the ambivalent person. I am the mixture of Science & Social Science – Hahhaa; so much for the introduction!

Anyway, as usual during Friday, I would be listening to IKIM.fm’s slot called “Sains & Islam” (Science & Islam) from 12.30 p.m. – 1.00 p.m. while driving from the school to mosque for Friday prayer. Now, I get excited today (hence, the birth of this entry!) when I heard a new information about Science – perhaps some of my other friends who have been dedicating themselves in the science industry know about this a long time ago but I have no qualm on admitting that I have not been keeping myself abreast with the science industry; so pardon me for being such an ignoramus!

My Degree in USM. (,”) A bit rusty now but the affinity still exists. Haha!

OK, being a Microbiology student, we used to be exposed towards elements of biotechnology, immunology, virology, etc. We learned about the DNA sequencing, the nature of chromosomes as per the Mendel’s Law, the presence of antigens to stimulate the body mechanism via antibody, the principle of cloning and transplanting, etc. Of course my mind now is vague to recall the specific knowledge on these but more or less, I still have the general pictures in the canvas of my knowledge. BUT, I never knew that mitochondria plays an essential part in the evolution of In Vitro Fertilization (IVF)! All this while, my abysmal knowledge only dwell around the extracting of the mother’s eggs and the father’s semen to be fertilized in a Petri dish. LOL! 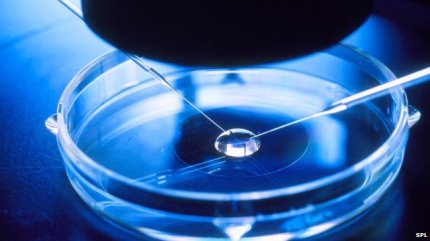 In Vitro Fertilization (IVF). The fertilization is induced outside from the human’s body. In an artificial setting – that is a Petri Dish. (,”).

So you could imagine how excited I was when I heard the panel said that one of the latest evolutions in Science is the “3 Parent Babies” where an outsider’s gene is “gelled together” with the gametes (seeds) of the couple – that are the ovum and the sperm. Wow, I was flabbergasted!! We know that fertilization can only happen from the gametes of two organisms (except for cats –  a female cat that is on heat can MATE with DIFFERENT MALE CATS within ONE CYCLE and GET IMPREGNATED BY THOSE DIFFERENT MALE CATS!  This is called Superfecund. That is why you see a female cat gives birth to kittens with different colours) BUT to know that it is possible for fertilization to occur with genetics from THREE organisms; and for that to be possible to happen in humans; I say…………. OH, My GOD!!! 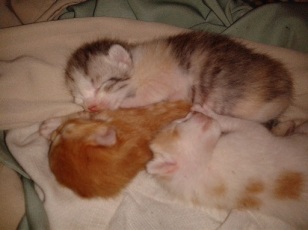 Nostalgia. When Duchess gave birth to Muezza, Sagwa and Crookshanks (REFER to https://undomiel84.wordpress.com/2014/01/05/miaow-playing-zoologst-with-pussy-cats-footsteps-of-abu-hurairah-r-a/). You can read here when I coaxed Duchess to mate with 3 male cats just to experiment the Superfecund trait – able to be impregnated by more than one male cat. Haha!

Now, so happened that this “3 Parents Babies” is a variant of IVF method and it involves the mitochondria. For those who don’t know, mitochondria are the parts in a cell that generate energy (for example, how sperm is able to travel miles away; Haha!; from the urethra to the uterus and to finding the ovum released by Fallopian Tube? Well, MITOCHONDRIA GIVE THE SPERM THE ENERGY, OF COURSE!) to ensure the longevity of the cell.

For those who are not familiar with mitochondrion or mitochondria – here it is! The energy generator for a cell. See that ATP Synthase? Such a popular one whenever we learn about anything that involve energy within an organism! Nostalgia…..

The exciting news is that (I am not sure about others, but I am excited!), the “3 Parents Babies” method involves the extracting of the mother’s egg’s nucleus into another healthy cell setting with good mitochondria (a stranger’s) and to be fertilized with the father’s sperm!! Now why the mitochondria needs to be replaced? Some people are born with defects in their mitochondria and hence, the chances of getting impregnated and having babies are thin due to the ‘weak state of the cell’. So this is an alternative way for those who have the defect but yearn to have a child on their own. As to date, apprently United Kingdom is the first country allowing this procedure to be conducted via The House of Lords dated February 2015 (REFER to http://www.bbc.com/news/health-31594856). 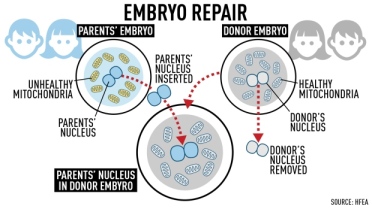 I guess diagrams can explain better!

But of course, ethics and moral codes come into the picture. The “Science & Islam” slot I heard at IKIM.fm questioned whether this evolution in Science is considered ethical in Islam (as Islam always emphasize importance of purity)? When genetics from 3 organisms are mixed and matched, the purity of the lineage (“Nasab”) would be jeopardized. Islam prohibits adultery which centered on the unlawful fertilization of gametes from two people without solemnization of marriage. Now, when genetic elements from 3 people are infused within a cell; would that be considered as ‘adultery’ as a third person from the marriage enters the scene? Would that be considered as a menage-a-trois? Now these are the polemics and questions that the Moslem scientists should fathom and according to the panel; that is why it is important for Moslems to have scientific knowledge. I fully agree with him on this.

I guess although I am now in a raucous determination to crystallize my dream in the social science discipline, that is Communication – deep inside, the Science parts in me will never diminish. The interest is still etched there; a special niche in my heart. 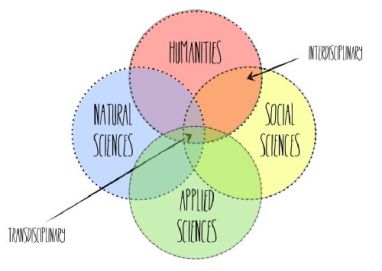 I am a marriage of Science & Social Science.

6 comments on ““The 3 Parent Babies” : The Evolution Of Mitochondria Replacement @ In-Vitro Fertilization Or An Unlawful Menage-A-Trois?”