Posted by Shahrill Ramli on June 15, 2017
Posted in: Travelling - Out From Chrysalis. Leave a comment

Right after Brunei, I spent a night at my sister’s place at Putrajaya and then the next day, started the journey back to Jitra, Kedah with my 1st nephew, Rifqi Naufal as it was school holidays and coincidentally, it is the month of Ramadhan (Malay Moslems usually perceive this month as the time to bond with family members and to devote oneself to piety).

The MnM Whimsical Houses @ Changkat Setol Village in Changlun. Who would have thought? 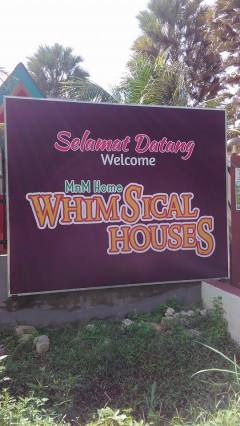 The name itself speak volume for its essence, to provide whimsical experiences to the audience especially for the northern locals.

I’ve visited a few interesting places, which I would detail in later entry; as I want to focus on this one particular interesting place I’ve visited on the last day at Kedah. On Friday 9th June 2017 before I pushed off to Penang, I went to Kampung Changkat Setol at Changlun which happened to be Zahiri a.k.a. Kord’s village. He told me a day before that there was this one peculiar place of attraction at his place which boasted on buildings such as The Upside Down House and a dwarf home ala The Hobbiton! Initially, I was skeptical about it – I mean, you are talking about Changlun and a considerably secluded village! But Kord perused the Internet and showed me the poster and the FB page – and that caught my attention! I was intrigued by the images I saw in the Internet – A Twin Leaning House, An Upside Down House, The Melliponines House and A Hobbiton House! This couldn’t be real?! Well, one way to find out was to go there to see with our own eyes, no? 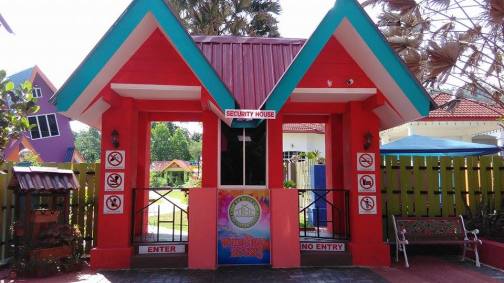 The entrance. Flamboyant colours, no?

The place is called “MnM Whimsical Houses” and merely a stone-throw away from Kord’s house. Since it is Ramadhan, the place seemed quite deserted. We were attended by two helpful staffs. Once we stepped into the place, we saw gigantic Twin Leaning House ala haunted mansion in typical Tim Burton’s films – only that it was painted with vibrant, flamboyant colours as opposed to Burton’s all-black facades! This reminded me of The Puzzling World I visited at Wanaka, New Zealand in 2012 (REFER to https://undomiel84.wordpress.com/2012/03/22/the-kia-ora-experiences-in-te-wai-pounamu-new-zealand-the-real-middle-earth-on-earth/). The structure basically meddled with your mind illusion that everything was in tilted position and stood askew. Visitors could buy souvenirs, merchandises and Meliponines-produced (honey) products at this Twin Leaning House!

I would not be surprised if a revised edition of KSSR syllabus for English Year 5 text book to incorporate Whimsical Houses as one of the peculiar buildings in the chapter “Unique Buildings”! A great accolade to recognize the local’s, no?

Next, we went to visit The Meliponines (Stingless Bee) House or affectionately known as “Lebah Kelulut” in Malay. There were several branches of trees arranged aligned on a terrace and bees were swirling around the branches with beehives in them. We were told that the bees were let free to roam around the place to suck honey from the wild flowers. I guess the natural setting was indeed the best environment. 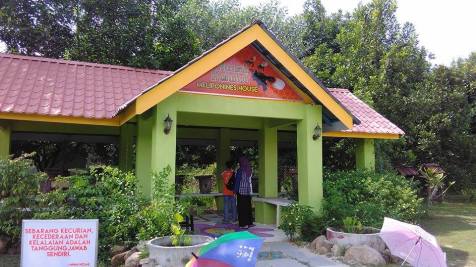 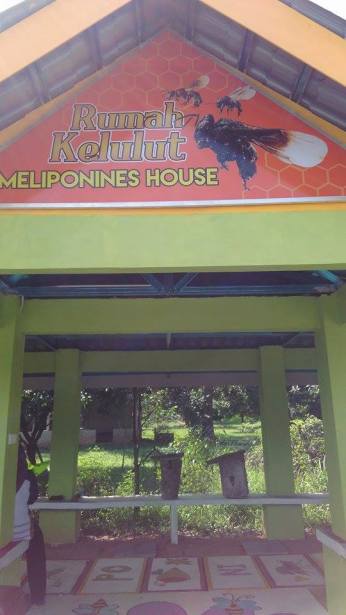 We then went to the Upside Down House, which has an uncanny similarities with the one at Tamparuli (REFER to https://undomiel84.wordpress.com/2016/12/20/mmy-spontttaneous-virgin-borneo-adventure-sabah-the-land-of-beautiful-nature-beautiful-people/), only smaller. As I have been to the one in Tamparuli, this wasn’t really something exciting for me but should be a great exposure for those who live in northern part of Peninsular but has never been to Sabah ; to actually see one.

Kord and I at the entrance placard. 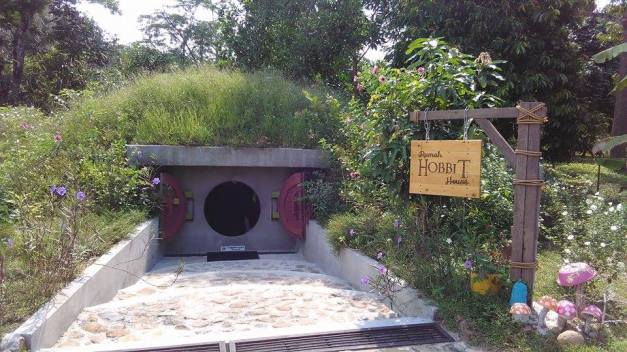 I was freaking excited! Couldn’t believe that there was a Hobbiton at Changlun! LMAO!

The interior design. A local touch was added to the decoration.

The most exciting house for me in Whimsical Houses was of course, The Hobbiton! I can’t believe that there is a Hobbiton in Malaysia, and not to mention in Changlun y’all! Haha! As a self-confessed Lord of The Rings fan (well, the name of my blog says it all; Undomiel is Arwen’s nickname in Quenya/Sindarin!), I’ve always wanted to go to Mata-Mata, at the northern island of New Zealand as the Hobbiton setting for LOTR films there were preserved for the sake of tourism attraction! I’ve been to the southern island but not the northern island. So I guess this was a consolation trip for me, for the time being. Haha! It was cool to see the cute and unique facade and as you entered the room, you were transferred into Middle Earth, albeit in equatorial region. I imagined myself as one of Frodo’s comrades! Haha! I was told that the founder of Whimsical Houses was a UUM professor who probably studied at New Zealand – well, I guess that explained all the New Zealander-esque attractions such as LOTR, honey products (ala Manuka Honey), Twin Leaning House (ala Puzzling World), etc.

The Upside Down House at Changlun! An alternative to the one in Tamparuli, Sabah! 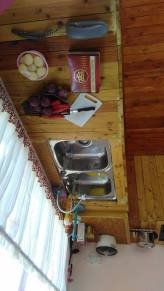 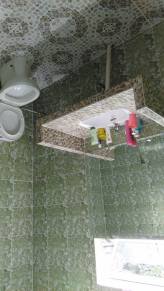 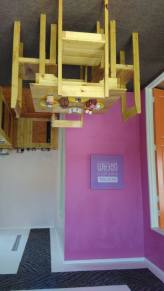 The decorations inside the house.

Straight into the toilet bowl??!!

With RM35 per entrance for Malaysian adult and RM15 for kids (RM50 for foreigners); I think it is OK to visit such place given the fact that it is situated at northern part of Malaysia and a secluded place. I understand that the amount could be a turn-off for entourage of families (perhaps Whimsical Houses may want to review any discount on special circumstances?) but for solo travellers like Kord and I, the experience was somewhat enriching as we discovered new local tourist attraction; and if the locals get the same excitement as per people who visit the similar tourist attractions counterpart abroad, I guess the mission is accomplished. In hindsight, it is also heart-warming to see such innovative ideas catapulted by our own local Malaysians. Kudos Whimsical Houses, Changlun!

A cemented pavement walk with multilanguages welcoming greetings! There was also a hutch with fluffy rabbits.

What time was it? Compare the local time with other places in the world! Changkat Setol Village topped it all. Kord must be very proud! Haha!

The directions. Which way to go y’all?

At least I had my local consolation trip before I make my way to Mata-Mata, New Zealand Soon! (Haha!). I am now a legit Middle Earth dweller. Haha!