The Homecoming Tale of A Malay Seafarer : From Kampung to Liverpool @ “Pulang”, The Movie Review.

Yesterday, I watched the much-anticipated Malay movie “Pulang” (Homecoming) at TGV Cinema KLCC after I did my jog at Taman Tasik Titiwangsa. Knowing Kabir Bhatia’s previous works such as “Kekasihku Seru” (about the practice of having demonic guardian among the Malays) and “Nur Kasih” (an Islamic religio-romantic story), I was curious with the outcome of the film. The trailer, of course was enchanting, but what about the whole film? 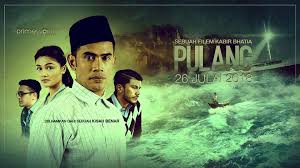 The film was about a Kampung Malay guy named Othman who was an angler at Serkam, Melaka. He married a lady named Che’ Tom and had a son when Japan occupied Malaya. Othman “came back from the dead” twice, slithering his way out from the odd, impossible situations and Che’ Tom never thought Othman would leave him again – until, Othman saw the potential of lucrative future in becoming as a sailor of British ships. Determined to provide a better future for his wife and son, Othman sailed on Swyre around the world. Being the only Malay Muslim proved to be difficult in terms of dietary as most of the sailors and cooks were Chinese and their favourite were of course, pork. Othman befriended a Chinese, Lum as he saved Lum’s life from the Japanese atrocity. Lum was the one who provided him with the vegetarian meals, etc. When the act was discovered by the main chef of the ship, Lum was dismissed and Othman was left alone to survive on the ship. He refrained from consuming the pork and had to eat the mouldy bread in order to sustain his strength. Many months and moons passed and Che’ Tom was desperate for her husband. She raised money and set for Hong Kong alone as Hong Kong was the last known harbour stop for Othman. Nevertheless, it was in vain. Othman was never be found and Che Tom nearly duped as prostitute. From then on, Che Tom decided it was best to forget Othman’s existence although she still longed for him.

Life of an angler turned into a sailor around the world.

I will not elaborate the whole plot of the film (don’t worry) but all I could say is it was a movie to be proud of. Sure, the first hour of the film was SOPORIFIC – with all the lovey-dovey dialogues ala TV3’s Malay telenovela, I couldn’t help but yawned several time and I was thinking – “I’ve wasted my money on this”. But, the dynamic of the film evolved as Othman began his journey outside of Malaya. I couldn’t help but feeling awed with the strength of the character, portrayed by Remy Ishak. Physically, Remy suits to be this Kampung Boy as he possess that “good-old-farm-boy routines and facades” but what about his acting? I have to say that his portrayal was immense. You could see the maturity and intensity Remy put for the character Othman. You can’t help but feeling empathy and sympathize the character. The cinematography of the film was undeniably breathtaking. Kabir Bhatia as usual managed to capture the beauty of virgin Malaya and colourful lives of Kampung. 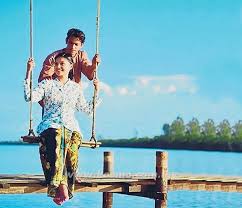 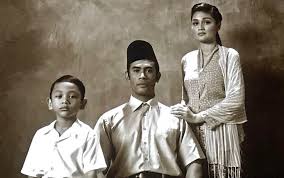 Powerful performance by Remy Ishak. However, I found that the newcomer Puteri Aishah was “too beautiful” as Che’ Tom. Not bad but didn’t exude memorable scene, for me.

This film was an inspiration from a true story. The protagonist Othman was apparently Datuk Ahmad Izham Omar’s grandfather who left Malaya and died in Liverpool, United Kingdom. I remember reading one of Kak Zaharah’s stories (Zaharah Othman is our Malaysian London-based journalist who has been playing pivotal role in tracing the cemeteries of our Malay forefathers in United Kingdom and contributed to the research for this movie! Thumbs up, Kak Zah!). I guess that by having prior knowledge about the real existence of our Malay forefathers in United Kingdom triggered the overwhelming melancholy feeling. While watching Remy Ishak portraying the agony of Othman, I couldn’t help empathizing our real-life Malay sailors who ventured out from Malaya and now residing in United Kingdom, forming the little Malay diaspora enclave away from Motherland. Did they also experienced the hardship faced by Othman? I wish one day if I have the chance to revisit London for the third time, I want to visit the cemeteries. Perhaps this time, on my own; doing my solo trip to London. That is my wishlist. 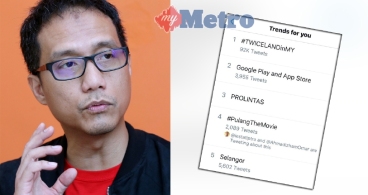 Datuk Ahmad Izham Omar and Kak Zaharah! The superpowers behind the film “Pulang”.

On whole, the film started as quite dull and boring but the second half proved to be very engaging and heart-wrenching. The scene where Othman nearly drowned in the ship reminded me of “Titanic” while the scene where Japanese bombed Melaka somehow was a “Leftenan Adnan” reminiscence. The film wasn’t perfect but as a Malaysian, it is somehow a pride to see such masterpiece produced and I have to say that this film heightens my “Malayness” – it makes me ever so proud to be a Malay and meaning of strength in order to survive the odds. Inalillah to our demised forefathers. Remember that Henry the Black or Panglima Awang (Magellan’s Malay aide/slave who continued the mission to circumnavigate the Earth after his demise)? Now these Malay sailors are just like Panglima Awang; our unsung heroes.

I found this book excerpt written by Dr. Bunnell entitled “From World City to the World in One City : Liverpool Through Malay Lives”, chronicling the story of Othman Haji Alias @ Ohtman Laji; who happened to be Ahmad Izham Omar’s grandfather and the inspiration for this movie “Pulang”. It’s amazing. I love history. It reminds me of the struggles of my Malay forefathers. I have high respect for them.